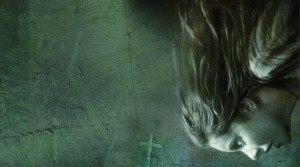 What took place at the Mackie farmhouse beginning in February, 1695, for example, is one of the most active and violent poltergeist cases on record. I was also well documented, having been witnessed and experienced by more than a dozen upstanding members of this Scottish community.

Andrew Mackie, described by neighbors as “honest, civil and harmless,” lived in the modest farmhouse with his wife and children. The property had been known to be haunted, but the Mackies experienced nothing out of the ordinary there… until that February.

The attack on the Mackies began with an assault of stones and other objects, thrown by some invisible force.

Life does not make sense. Is there a reason for living? Maybe…

Several family members were struck and injured by the missiles. The family sought the counsel of Alexander Telfair, the parish minister, who upon arrival experienced first-hand the bewildering phenomena. Whatever the entity was, it “molested me mightily,” Telfair said, “threw stones and divers other things at me, and beat me several times on the Shoulders and Sides with a great Staff, so that those who were present heard the noise of the Blows.”

The hateful presence was unrelenting. The Mackies testified that it attacked their children one night in their beds, delivering forceful spankings. More than once “it would drag People about their House by their Clothes,” an investigation described. A blacksmith narrowly escaped death when a trough and plowshare were hurled at him. Small buildings on the property spontaneously burst into flames and burned to cinders. During a family prayer meeting, chunks of flaming peat pelted them. A human shape, seemingly made out of cloth, appeared, groaning, “Hush… hush.”

This being the late 17th century, the Mackies were quick to attribute the phenomena to demons. On April 9, Andrew Mackie enlisted no less than five ministers to exorcize the farmhouse of the demonic spirits. But the ministers were to have their hands full throughout the ritual. Stones hailed down on them.

A few of the minister, including Telfair, claimed that something had grabbed them by the legs or feet and lifted them into the air. The clergymen were not willing to yield victory to the entity, however, continuing their exorcism efforts for more than two weeks. Then on Friday, April 26, a voice from the invisible specter declared to them, “Thou shalt be troubled ’till Tuesday.”

When that day arrived, the witnesses watched in astonishment as a dark, cloud-like shape formed in the corner of the Mackies’ barn. As they stared, the cloud grew larger and blacker until it nearly filled the entire building. Blobs of mud flew out of the cloud into the faces of the witnesses. Some were gripped by some vice-like force. And then… it vanished, just as it promised it would.

The Bizarre Case of Phantoms of a Future War