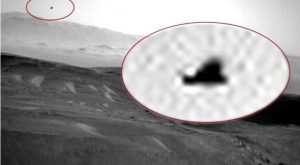 In the picture Sol 2446, sent to Earth by the Curiosity rover on June 24 of this year, ufologists and independent researchers noticed a strange object in the Martian sky, very similar to a large bird.

The black object, as experts note, cannot be a malfunction of the camera, since it was only in one photo taken by the rover: neither “before” nor “after” it is no longer visible. 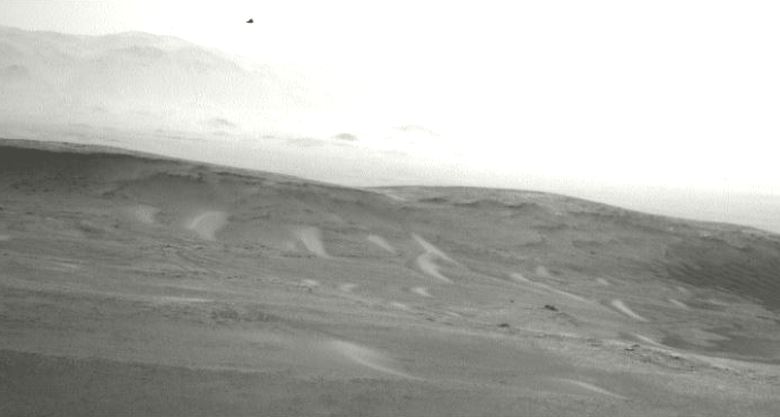 It is known that the equipment is equipped with four cameras that take pictures every 13 seconds. Since the object is visible only in one photo, it means that it had a high speed of movement, which allowed it to cross the field of view of the camera in 26 seconds.

Ufologists studied photographs for a long time, as a result of which they eliminated various glare, matrix artifacts, etc. On the Red Planet, something like a bird actually flew.

In total there are three theories regarding this anomaly. According to the first, a Martian UFO was captured on the photo.

The second one says that there is still life on the Red Planet.

And the third version implies the fake nature of all NASA photos. Allegedly the rover in reality rolls across the Nevada desert, taking pictures of North American landscapes. As often happens, the simplest explanation turns out to be true, so perhaps the space agency is deceiving all of us.