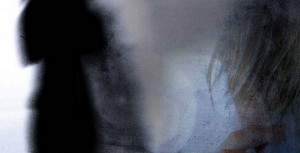 They protest that the phenomena may not be “perception” at all, as the receiver of this information does not know if the knowledge is right or wrong when he or she first perceives it. It takes a corroborating incident to convince anyone that he or she has perceived anything via extrasensory means.

Some parapsychologists prefer to say “paranormal cognition,” but this term is subject to the same sort of criticism if the receiver is not instantly certain of the validity of the information. Besides, the researchers insist that the material in their field will eventually merge with present-day physics, so the adjective “paranormal” may be considered a misnomer.

Contrary to common usage, a parapsychologist is not a psychic, a mentalist, an astrologer, or one who gives psychic readings. A parapsychologist is generally a member of the Parapsychological Association, which was founded in 1957 and elected an affiliate of the American Association for the Advancement of Science in 1969. A parapsychologist is a scientist who is seriously interested in the paranormal (or anomalous phenomena), which includes telepathy, clairvoyance, precognition, psychokinesis, hauntings, reincarnation, and out-of-body or near-death experiences.

Here are brief definitions of the areas of ESP that are studied by parapsychologists:

Clairvoyance is the awareness, without physical aids or normal sensory means, of what is going on elsewhere. In recent years, clairvoyance has sometimes been called remote viewing.

Out-of-body experience (also called astral projection) is the apparent projection of the mind from the body, often with the seeming ability to travel great distances in a matter of seconds.

Precognition (premonition) is the obtaining of information about the future that could not have been gained through normal means.

Psychokinesis (telekinesis) is the movement of objects, seemingly caused by some force unknown to physical science. The direct action of mind on matter is the parapsychologists’ current nominee as the energy involved in poltergeist cases—those bizarre occurrences when bottles and crockery float through the air, fires break out on living room tables, or disembodied voices cackle threats and obscenities.

Telepathy is the transference of thought from one mind to another. Distance and time seem unable to affect this phenomenon.

Even from these brief definitions, it becomes apparent that many attributes of parapsychological, or psi, phenomena overlap. It has long been a contention of serious parapsychologists that each of these types of phenomena is but a single aspect of the life and the universe of which humans are a part. If such parascientific phenomena as the projection of the astral self, the ability to glimpse the future, and the facility to convey telepathic impressions are established, the boundaries of humankind’s universe become limitless.

Nearly everyone has at one time or another received what seemed to have been a glimpse into the world of ESP: Dreaming of a friend from whom one has not heard in months, then receiving a letter from that person in the next morning’s mail; hearing a telephone ring and being so certain of the identity of the caller that one calls him or her by name the instant one lifts up the receiver. These incidents are so common that they receive little more than half-joking comment. It is only when a paranormal event of shocking or dramatic impact startles the emotions that one relates it to others and, perhaps, even records it.

According to parapsychological laboratory work with such phenomena, nearly everyone has some degree of ESP. Perhaps many people utilize extrasensory perception to a considerable degree as children, but as they mature, tend to inhibit these subconscious faculties or allow them to atrophy. Many parapsychologists, psychologists, anthropologists, and psychoanalysts, including Sigmund Freud (1856–1939), have theorized that telepathy may have been the original archaic method by which individuals understood one another. As a better means of communication evolved— one that could be readily intelligible to the sensory organs—the original archaic methods were pushed into the background of the human subconscious where they may still persist, waiting to manifest themselves under certain conditions.

It is obvious to psi researchers that some individuals, functioning largely according to their moods and psychic needs, are able to draw upon their latent ESP abilities. Some gifted individuals are even able to make regular and practical use of the seemingly rare powers of psi.

It is interesting to note how many psi activities are experienced while the percipient is either asleep or in the sleeplike states of trance or hypnosis. This may indicate that each individual, in his or her subconscious, has the faculties necessary to focus on the consciously unperceived world of ESP. Dr. Montague Ullman has observed that many persons who are incapable of effective communication in normal ways can communicate at a telepathic level and surprise the therapist with a telepathic dream of rich awareness even of the physician’s problems. The same laws of psychodynamics that apply to the dream also appear to apply to psi phenomena. Both the dream and psi are incompatible with currently accepted notions of time, space, and causality.

More conventional scientists, who work within the confines of those currently accepted boundaries of known physical laws, insist that parapsychologists satisfy the requirements demanded of all other sciences and that they do the following: (1) produce controlled and repeatable experiments; (2) develop a hypothesis comprehensive enough to include all psi activity from telepathy to poltergeists, from water dowsing to materializations.

The enormous difficulty in fulfilling these requirements can be immediately grasped by anyone with the slightest knowledge of psi phenomena. It would be impossible, for example, to repeat the apparition of a man’s father as it appeared to him at the moment of his father’s death. This sort of crisis apparition occurs only at death, and the man’s father is going to die only once. Psi phenomena is almost completely spontaneous in nature, and ungovernable elements of mood and emotion play enormously important roles in any type of paranormal experience.

As researcher G. N. M. Tyrrell commented, a percipient is never aware of a telepathic, clairvoyant, or precognitive process at work within him. He is only aware of the product of that process. In fact, it seems apparent from laboratory work that conscious effort at determining any psi process at work within oneself will either completely destroy it or greatly diminish its effectiveness. Therefore, laboratory experiments have sometimes established, by incredibly laborious tests and veritable mountains of statistics, only slightly better-than-chance evidence of the validity of telepathy, clairvoyance, precognition, and psychokinesis.

Parapsychologists suggest that their colleagues in the physical sciences resist becoming dogmatic. Each generation seems to forget that scientists have had to admit some seemingly impossible facts in the past. Electricity, for example, was unknown except through a few sporadic events completely devoid of explanation, such as lightning and the mysterious attraction of bits of paper to rubbed amber. As facts became gradually accumulated, the theory of an electromagnetic field pervading all space was evolved. Perhaps one day, psi phenomena will be recognized as another kind of energy that pervades time, space, and matter.