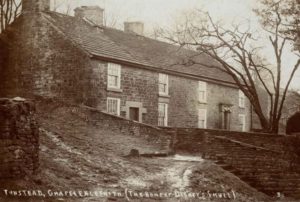 Tunstead farm has a skull named Dickie that had its height of fame during the 19th century. The name seems strange in that legend suggests the skull is actually that of a woman, who was murdered within the house. Before she died she managed to blurt out that it was her wish for her remains to stay within the house forever.

Over the years the skeleton was gradually lost until only the skull remained, and the tradition grew that if the skull was removed then all manner of things would go wrong at the farm.

Accounts in the 19th century also suggest that the farm was haunted by the woman’s spirit who was seen as a guardian kind of figure. The other story is that the skull belongs to Ned Dixon, hence Dickie, who was murdered at the farm by his cousin when he returned from some nameless war in foreign parts.

The skull is also said to have been stolen, where the thieves were plagued by such frightening disturbances that they returned it to the farm. Along with other screaming skulls one owner is said to have provoked its wrath by burying it, inevitably having to return it to the farm to restore peace.

Tunstead Farm House is about a mile and a half from Chapel-en-le-Frith, in Derbyshire and is only distinguished from numberless other English farm houses by the fact that it is the possessor of a most eccentric skull.

John Hutchinson, published in 1809, remarks that this skull, although popularly known by the not very reverent male cognomen of Dickie, has always been said to be that of a female. Why it should have been baptized with a name belonging to the male sex seems somewhat anomalous; still, not more wonderful than a many, if not all, of its very singular pranks and services.

To enumerate all the particulars of the incalculably serviceable acts and deeds done by Dickie, would form a wonder; but not a wonder past belief, for hundreds of the inhabitants of the locality for miles around have full and firm faith in its mystical performances. 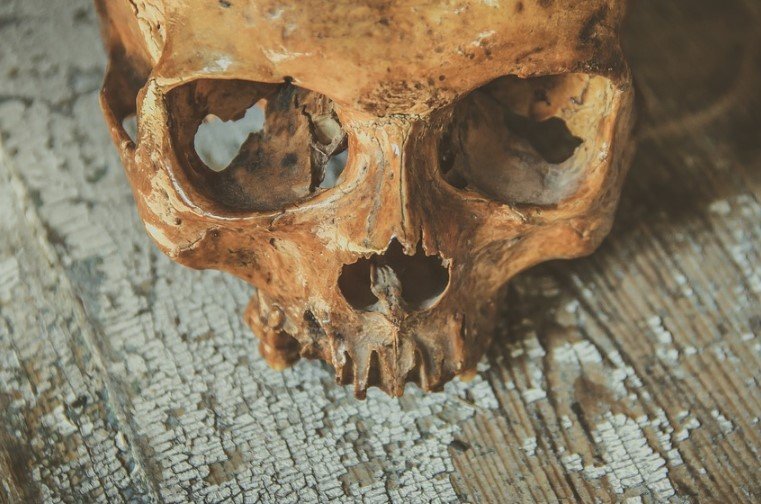 How long it has been located at the present house is not known; of whose body in the flesh it was a member is equally as mysterious. It is said that one of two co-heiresses residing here was murdered, and who declared, in her dying moments, that her bones should remain in the place for ever. It is further said that the skull did not, some years past appear the least decayed.

It is believed that if the skull be removed everything on the farm will go wrong. The cows will be dry and barren, the sheep have the rot, and the horses fall down, breaking their knees and otherwise injuring themselves.

The most amusing part of the superstition connected with Dickie is when the London and North-Western Railway to Manchester was being made, the foundations of a bridge gave way in the yielding sand and bog on the side of the reservoir and after several attempts to build the bridge had failed, it was found necessary to divert the highway, and pass it under the railway on higher ground.

These engineering failures were attributed to the malevolent influence of Dickie but when the road was diverted, it was bridged successfully, because it was no longer on Dickie’s territory.