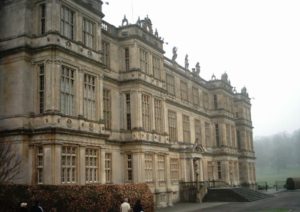 Beautiful homes often hold dark secrets. Longleat House, near Warminster in Wiltshire, is a splendid stately home, famous for its Renaissance architecture. It is also famous for being haunted.

The estate, named after the stream of Long Leat, was bought by Sir John Thynne in 1568. During the 18th century, the Thynnes’ acquired the title of Viscount Weymouth, such was their wealth and social standing.

The 2nd Viscount Weymouth was Thomas Thynne, a hot-headed young man, who married the beautiful and gentle Lady Louisa Careret in 1733 and, as part of the wedding arrangements, Lady Louisa brought her own servants to Longleat House.

One of those servants was a young footman who appeared to be totally devoted to Lady Louisa.

This deep affection for Lady Louisa (and the jealousy of some of the Longleat servants) soon had tongues wagging and speculating! In fact, Lady Louisa’s husband, Thomas, was led on to suspect his wife of having an affair with the young footman.

One day, the viscount ambushed the young footman in a passageway outside the old library and made angry accusations which the footman hotly denied.

The jealous viscount could not contain his temper and roughly pushed the young footman, causing him to tumble down the spiral staircase that descends from the passageway outside the library.

The fall broke the young man’s neck as he landed, killing him stone dead! Viscount Weymouth, fearing a charge of murder, quickly had the young man buried in the cellar of the house, and informed his wife, when asked, that the footman had left hurriedly to attend to some personal family business.

Lady Louisa, of course, did not believe this unlikely story but, having no idea of the truth of that terrible day, believed that her husband had imprisoned the young footman in one of the many rooms in Longleat House.

Night after night, Lady Louisa would prowl the corridors of the vast house searching for her lost footman. Endlessly knocking on doors and tapping at panels, in her search for secret hiding places, Lady Louisa would be heard pursuing her futile quest. 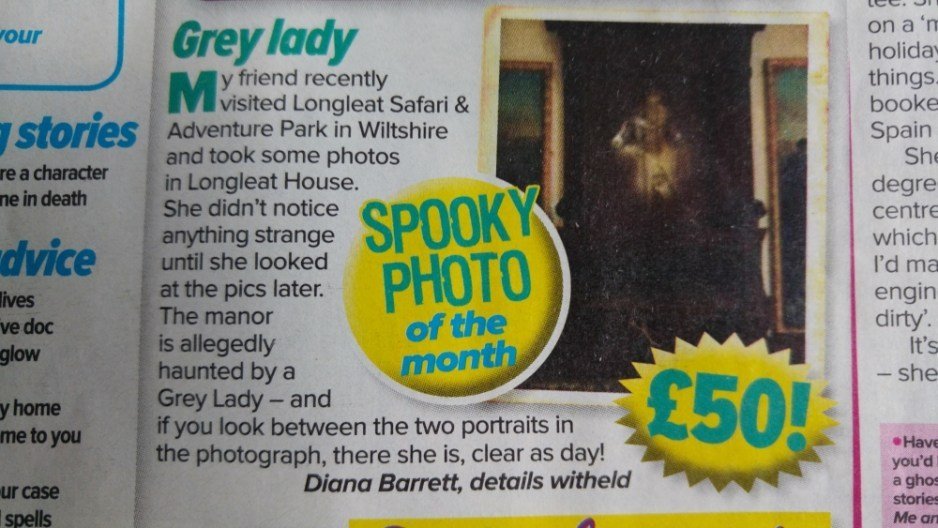 Such was Lady Louisa’s persistence, that she took no notice of the weather or temperatures in the old house. On one of the many occasions when she was out searching for the young servant, Lady Louisa caught a chill which developed into pneumonia. Much weakened by her illness and continuing worry, the beautiful young woman died in childbirth in 1736, aged only 22.

It was not long after Lady Louisa’s untimely death, that her apparition was seen knocking on doors and prowling the corridors of Longleat House in a seemingly endless search.

After his wife’s death, the 2nd Viscount moved out from Longleat altogether, to live in the village of Horningsham.

There were those who whispered that the real reason for him doing so was that he was terrified of running into Louisa, as she walked the top passage after nightfall, looking for her loyal footman. He is also said to have nearly ruined himself and his two sisters by his extravagance after his wife died.

The ghost of Lady Louisa or the Green Lady, as she has become known, is said today to be the ghost most frequently encountered at Longleat. The corridor outside the library where the footman met his death is now known as The Green Lady’s Walk.

The Legend Of The Headless Gringa