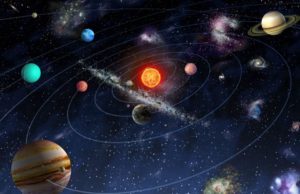 Astronomers have made a statement that completely destroys all theories we are used to about the solar system. It turns out that the Sun is far from the center of the solar system, so the rotation of the planets does not occur around it.

A group of experts from the Japanese space agency JAXA made a number of startling statements. It was found that all objects and bodies revolve around some point, and this point very rarely coincides with the position of the Sun.

To demonstrate their theory, scientists have created a video that clearly shows the rotation of the Sun around that same conventional point.

The behavior of the Sun has been slightly exaggerated, but this does not change the essence: the Sun rotates from time to time millions of kilometers from the barycenter. The entire “route” of the star is shown with a yellow marker.

Experts also pay special attention to Jupiter. The Sun accounts for 99.8% of the total mass of the planetary cluster, while Jupiter accounts only for 1.2% of the remaining volume. It turns out that the Sun almost orbits Jupiter.

Very interesting conclusions were made regarding the Earth with the Moon. As it turned out, our natural satellite also revolves not around the planet, but around the barycenter, only it almost completely coincides with the Earth.

The research turned out to be very interesting, they made the scientific world think about the structure of not only the solar system, but the entire universe.