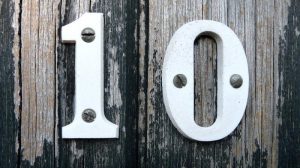 I am a nurse in a large medical center in upstate New York. One night my patient in Room 10 asked to speak with me when I had a few moments.

This individual was a gentleman 45 years of age, in with a knee replacement; he was an intelligent and articulate individual.

When I finally had a few minutes, I pulled up a chair. The patient was obviously upset, but doing his best to keep himself under control.

” Listen, every night after the change of shift I wake up and there’s this guy just standing at the window looking out” “I’m groggy and it takes a few seconds to focus, but he’s about our age, he’s wearing sweatpants and sweatshirt and he stands awkwardly, almost leaning on one leg and doesn’t answer when I call out to him.” I fall back asleep, but this has been a couple of nights now and it’s beginning to get creepy.

Do you have any idea who it might be?”

I really did not and found it hard to believe anybody on night shift would be standing in a patients room staring out a window. No staff dressed in sweats. I assumed my patient was goggy as he said, and with it being dark he mistook the clothing. Nonetheless that night I stayed a bit and spoke to one of the night nurses and told her what the patient in room 10 was saying.

She looked visibly upset and went to the patient and asked for a better description.

The patient repeated what he had told me, then the nurse asked a few questions. “Could you tell what color the sweats were?” “A light color, it’s dark in the room, but the sweatshirt looked like some type of college sweatshirt.” Did he wear anything on his head”? “Yes…..he had a baseball cap or something”

The nurse is looking more upset, and so is the patient.” What’s going on here, what’s wrong, who is this guy”?

The nurse sat down, almost in tears. “It’s John.” “He passed away in this room several months ago. He never wore a hospital gown, but always sweats and a SUNY Albany sweatshirt. He had cancer and had to have his leg amputated. There was no more sign of cancer and he was ready to be discharged when he suffered an embolism [blood clot] and died. The guy you’re describing is dead.”

Well, I was pretty creeped out, not to mention the patient, who wanted to change rooms. We certainly accommodated him and moved him to a different room.

I went back to the old charts the next day and sure enough found the patient John’s record, the night nurse’s story checking out.

Then it began happening: The next patient in that room experienced the same thing and asked to move. It happened frequently, but what was interesting was that John only appeared to calm, stable patients and never to the nervous or elderly. Some of the nurses wouldn’t go into the room, others said prayers. Once, one of the Chaplains was consulted but he wanted nothing to do with it.

Word got out and many patients refused to be admitted to Room 10, even though the spirit was reportedly benign and did nothing but stare out the window. A local TV station got wind of the story and wanted to set up cameras in the room. It became a public relations headache.

The last time John was reported was about a year after his death; oddly the patient in the room at the time had just had his leg amputated. The next morning the patient reported to the day nurse the “nice, understanding guy who dressed in sweats on the night shift that offered me so much encouragement”.

John has not been seen since.

Though I did not see the ghost, dozens of patients did and gave the same description. No one was able to disprove the story. A local author and expert on such matters claimed this “was as true a ghost story as I’ve ever heard”.

Nickolie, Tucker and the Vanishing House