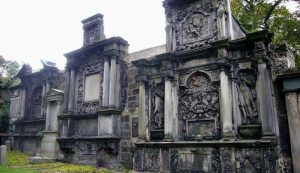 Greyfriars Kirkyard is a five – hundred – year – old cemetery in Old Town Edinburgh that plays two or perhaps three ghosts home. The latter two are the phantoms of a skye terrier named Bobby, and his owner John Gray, but they don’t really do much.

In fact, nobody has really solidly reported sightings of the two, but that may just be because the third keeps physically attacking and wounding people visiting the cemetery. Welcome to Greyfriar Kirkyard…

The mean one is the ghost of Sir George Mackenzie, known also as Bluidy Mackenzie. To be fair, old Bluidy Mackenzie was there first. He was buried in the yard in 1691 at the age of 55. During his years amongst the living he was a lawyer and served as Lord Advocate to the royals.

He was also responsible for the imprisonment, inhumane treatment, and executions of over twelve hundred militant Presbyterians following the Battle of Bothwell Bridge, which earned him the nickname of Bluidy Mackenzie. Interestingly enough the imprisonment, inhumane treatment, and executions took place in a field directly adjacent to where he is now buried.

Upon John Gray’s death, Bobby took up a vigil at his grave… a vigil that lasted through rain and snow for 14 years until Bobby’s own death in 1872. Today nobody really has much interest in John Gray, but Bobby is absolutely famous. He’s even got his own statue, and a bar named after him. 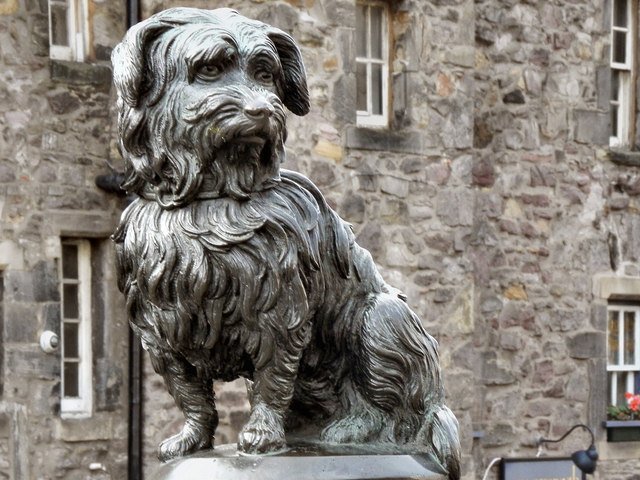 Bloody Mackenzie on the other hand is a completely different story. Not much is said about his personality during his living years, but in death he’s a real jerk.

It wasn’t always this way. Although Mackenzie has been sighted haunting the cemetery since his death, the attacks, which often leave noticeable scrapes, bruises, and sometimes cuts on the victims did not start until the late 20th century. It began in the 1990s when an inebriated homeless man desecrated the tomb of George Mackenzie.

The attacks began when his tomb (the Black Mausoleum) was desecrated. However: the attacks actually don’t take place at the tomb, but rather the conventers prison where Mackenzie had imprisoned so many Presbyterians.

In fact the amount of attacks over the years have prompted the authorities to completely close off the prison from the public. Today it is only visible through cast iron gates at a distance.