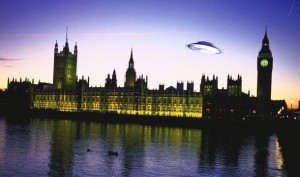 Roswell and Area 51 are associated with Alien activity, and as such most stories of visitors from other worlds seem to come from the United States.

With what is assumed to be a specialist facility containing Alien material and hundreds of reported stories, most of the focus for extraterrestrial goings on solely lies on America. However, it isn’t just the American government and intelligence services that seem to have an interest in strange and unexplained occurrences.

In 2010 the British Ministry of Defense revealed into the public sphere a collection of files regarding reported stories and sightings of strange incidents which could be linked to Alien activity. These don’t just include stories from the public, a source which has in the past raised a level of contempt in skeptics, but also from official and military bodies. The files include descriptions and details regarding strange technologies, eerie lights in the sky, actual reported Alien encounters, as well as disturbing stories of animal dissection. They have come to be known in the media as ‘The British X-Files’.

Britain has a history of fascination with Aliens. In 1898, H. G. Wells wrote the now world famous War of the Worlds, a tale that tells of a hostile invasion by Martians of Planet Earth, with the goal of total annihilation of the human race. The story has been reproduced numerous times on screen and on the radio; a radio remake by Orsen Wells broadcast in 1938 even managing to cause mass panic in the US. But the fascination isn’t just with the overtly fictional, the UK also lays claim to possessing Bonnybridge, which makes up part of the Falkirk triangle; an area that UFO enthusiasts assert is the number one UFO location, with over 300 viewings a year.

One of the files recently released contains a letter from a senior MoD official, Ralph Noyes, where in which he describes a film containing UFOs captured by RAF fighter pilots in 1956. It would seem that the film was taken extremely seriously at the time since the footage was shown at a secret underground viewing, arranged specifically for Air Defence at the main MoD building in 1970. Up until now this information had been kept top secret.

Another similar incident also involved the RAF few decades later when an unidentified diamond shaped object was caught flying beside a Harrier Jump Jet. Witnesses claim to have seen the object hover in the air for about ten minutes before ascending in a vertical direction at high speed. While British military personnel who are specially tasked with investigating UFO claims were instructed to play close interest to the fact that the US were in development of a top secret stealth plane which they hadn’t disclosed to their allies, the subsequent drawing of the unidentified craft have remained unidentified. In an unusual occasion fearing there could be media and public interest in the story, the MoD took the unusual step of briefing parliamentary ministers about the event.

One of the strangest of the files, though also possibly one of the more easily disputed or denied, tells the story of a woman who professes to have met an Alien while walking her dog. In a terrified phone call to the RAF base in Wattisham in Suffolk the woman reported her close encounter with a man claiming to be an Alien. According to her statement, she is said to have come into contact with a fair haired man on a sports field near her home in Norwich who spoke in a Scandinavian accent.

In the conversation that passed between the two, the being claiming to be an Alien is reported to have said that crop circles had been created by others of his kind in visits to earth. He then goes on to say that while he has been forbidden contact with humans, he believed that it was important that he did. While the meeting was enough to spook the woman enough to run home after the encounter, whether it had been because she genuinely believed the man or believed him to be a nut, an ensuing loud buzzing noise was enough to make her turn back just in time to see a large, spherical object glowing orange-white rise steadily into the night sky before vanishing out of sight.

Another tale that seems to show Alien visitors in not such a benevolent light seems to claim that a light from a UFO managed to infect him with some Alien condition. According to another file, a man who works as a funeral director in Ebbw Vale, Wales told police of an eerie tube of light that enveloped his car at 10.40pm on January 27, 1997. He told police that following the incident he was left feeling physically sick and developed an unexplained skin condition. He was sent to the doctor.

One of the more recent reportings to be disclosed by the media has taken a turn toward the more disconcerting. Farmers have reported unexplained attacks and mutilations of their livestock in Shropshire. Several sheep farmers have all claimed numerous incidents all linked by similar occurrences. According to the collective reports, the farmers near Shrewsbury have witnessed strange lights coming from UFOs at night aimed at their flocks.

The effects of their sheep being ‘lasered’ seem pretty disturbing; with the common factor being that the sheep have had their major organs removed. The reports state that the farmers have found sheep with “neat holes” where their eyes once were, while their brains have been completely removed, alongside the other major organs as well as having skin carefully removed. The reports have come from a belt or “corridor” of fifty miles between Shrewsbury and Powys. Mr. Hoyle, who has been investigating the happenings for almost a decade claimed to have recently seen the UFOs at work. He was quoted by The Sun to have said:

“The technology involved in these attacks is frightening,” “These lights and spheres are clearly not ours. “They are built by technology and intelligence that’s not from here.”

In addition to this, recent damage done to a wind farm in Lincolnshire has also been declared as the work the work of Aliens according to UFO enthusiasts. The turbine at Conisholme lost one 66ft (20m) blade and a second was badly damaged. The County Councillor for the area, Mr. Robert Palmer, is reported to have seen a strange light that seemed to “hover” in the area in the early hours of the morning of the incident. He told the BBC:

Dale Vince, the founder of Ecotricity, the company that owns the turbine farm says that the damage does seem unique, with foreign debris apparently being found at the site. Subsequently, the area has been cordoned off for investigation, with dog patrols in effect to keep people out. Nick Pope, a UFO expert, told The Sun:

“There may be something they don’t want people to see.”

Other explanations include the possibility that a secret military aircraft such as a stealth bomber might have hit the turbine during a test flight, or that the turbine blade simply fell off, damaging the other one in the process.

Mr Pope said: “If a stealth aircraft struck the turbine, it may be made of some material which is itself top secret.”

While some reports seem to suggest benevolent visitors, others seem to show something a little more frightening. This all comes in conjunction with the warning by renowned physicist; Stephen Hawking’s warning that we shouldn’t talk to Aliens. According to him it is extremely likely that Alien life exists out in the solar system somewhere, but the last thing we should do is advertise our whereabouts.

To be able to travel the distances required to reach our planet would require great, advanced technology; far outstripping ours. He believes that Aliens would inevitably be hostile, leading to a War of the Worlds or Mars Attacks situation. Well, if any of the reports in these files hold any truth then it would seem they’ve already found us.