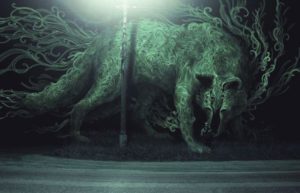 Albert Payson Terhune was a writer who authored many popular books about dogs. One of his favorite dogs was Rex who did not let death stop him from visiting his master.

The Author and his Dog

Albert Payson Terhune was a newspaper editor who did not enjoy working for the press.

He tried to sell his works about dogs for ten futile years. One of his friends encouraged him to keep trying. He finally sold a short story to a magazine, then, later as events unfolded, expanded it into Lad a Dog, which was extremely successful.

He loved animals and had many who shared his home, Sunnybank, near Pompton Lakes in New Jersey. While Terhune favored collies, he had a large collie-bull terrier mix who adored him and was very loyal.

Rex had a scar on his forehead which made him appear vicious. He barked whenever a person stopped by to visit. The dog would lay by Terhune’s feet when he had guests and when he wrote.

In March 1916, tragic events occurred. Rex and Lad, an elderly collie, the alpha male, got into a fierce fight. Terhune was cleaning as hunting knife when he heard the savage growling and snarling.

He ran outside to stop the fight. He yelled at Rex to stop. Rex tried to attack Terhune and the man had no choice but to use the knife. Terhune went to Lad who was badly injured.

Despite the massive wounds, Lad recovered. This was the incident that was to become the subject of the book, Lad the Dog. 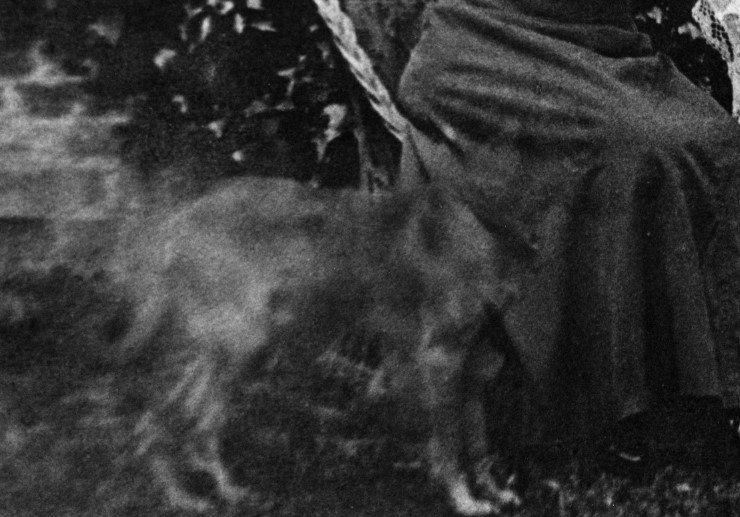 Months after Rex died, Henry Healy, one of Terhune’s friends visited. He knew how much the author loved the animal, but had not been informed of his death.

As Healy was leaving he commented about how much Rex loved Terhune. He said he was watching Rex lie at his feet and look at him with canine devotion.

Terhune was shocked and replied that the dog had died a year and a half before. It was Healy’s turn to be shocked. He knew he saw Rex lie by the author’s feet. He had known the animal since he was a puppy.

Weeks later, the Reverend Appleton Grannis visited. He and Terhune walked about Sunnybank and dined on fine food. Grannis said he thought Terhune liked collies. The author agreed and replied that all of the dogs he currently owned were that breed.

Grannis was puzzled. He asked about the large dog with the scar on his forehead who was gazing at Terhune through a French widow. Although Terhune knew his friend saw Rex, he denied knowing about the dog.

Terhune believed that Rex did visit and that the collies sensed his presence. One of the collies, Bruce, had been afraid of Rex and would avoid the rug where has sat, waiting for Terhune to start to write so he could lie at his feet.

The dog continued to avoid getting near the rug as if Rex were there, waiting for his master.

After Mrs. Terhune’s death, Sunnybank fell victim to vandals. People were not successful in fund raising to save the mansion and it was demolished in the late 1960s. The grounds were made into a park. There are stones marking the graves of Lad, Bruce and other dogs, but none mark Rex’s grave.

Haunted: The Tower of London