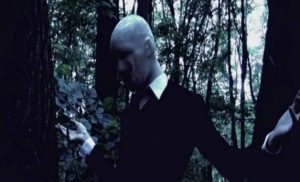 Urban legends are in most cases fascinating stories, which include many folkloric elements; and for that reason they generally spread quickly through a community or society. The stories are told dramatically, as though they were true stories that related to to real people—although they may in fact be one hundred percent created.

Local touches are often added to the legend—but strangely enough, you will often hear the exact same story in different versions throughout the world. Urban legends often carry a warning or have some significance that motivates the community to preserve and propagate them.

The only certain thing is that some of these creepy urban legends have been the cause of many a sleepless night. Here are ten of the best:

In medieval Europe, there apparently lived a young woman named Elisa Day, whose beauty was like that of the wild roses that grew down the river, all bloody and red. One day, a young man came into town and instantly fell in love with Elisa. They dated for three days.

On the first day, he visited her at her house. On the second, he brought her a single red rose and asked her to meet him where the wild roses grow. On the third day, he took her down to the river—where he killed her. ??The horrible man supposedly waited till her back was turned, then took a rock in his fist, whispering, “All beauty must die”—and with one swift blow, he killed her instantly.

He placed a rose between her teeth, and slid her body into the river. Some people claim to have seen her ghost wandering the riverside, blood running down the side of her head, a single rose in her hand.

The Well to Hell

Sometime in 1989, Russian scientists in Siberia drilled a borehole some 14.5 kilometers deep into the Earth’s crust. The drill broke through into a cavity, and the scientists lowered some equipment to see what was down there. The temperature was more than one thousand degrees celsius—but the real shocker was the sound recorded by their instruments.

They only captured about seventeen horrifying seconds of audio before the microphone melted. Convinced that they’d heard the screams of the damned in Hell, many of the scientists quit the job immediately—or so at least the story goes.

Those who stayed were in for an even bigger shock later that night. A plume of luminous gas burst out of the borehole, the shape of a gigantic winged demon unfolded, and the words “I have conquered” in Russian were seared into the flames. Even though today it is considered to be a hoax, there are many who believe that this incident really happened; the “Well to Hell” urban legend remains alive to this day.

This lesser-known legend tells us of a Greek soldier who, after WWII, was returning home to marry his fiancee. Unfortunately for him, he was captured by fellow Greeks who had hostile political beliefs, tortured for five weeks, and finally eventually murdered.

In the early 1950s—mainly in North and Central Greece—there were stories about a very attractive Greek soldier in uniform, who appeared and disappeared overnight, seducing beautiful widows and virgin girls with the sole purpose of impregnating them.Five weeks after the babies were born, the man would disappear for good—leaving a letter on the table explaining that he had returned from the dead merely to spread his seed, so that his sons might avenge his murder.

This is a story about a little girl in Scotland who hated life so much that she wanted to destroy every last trace of herself. She finally decided to commit suicide, and shortly afterwards her family found out what she’d done. In a horrible twist, every member of her family died only a few days later too, their limbs torn apart.

The legend says that when you learn about the White Death, the girl’s ghost might come and find you, and knock repeatedly on your door.

Each knock gets louder, till you open the door and she kills you for fear that you’ll tell someone else of her existence; her main goal is to prevent anyone from knowing about her. Like most urban legends, the story is probably nothing more than the wild imagination of a modern Aesop—but all the same, it’s always good practice to find out who’s standing behind the door.

A black Volga automobile was supposedly spotted frequently in the streets of Warsaw back in the 1960s—packed with kidnappers who were bent on snatching children. According to the legend (and helped along by Western propaganda, no doubt) high-ranking Soviet officials drove the black volga in Moscow during the mid 1930s, kidnapping young, pretty girls for the sexual pleasure of the highest ranking Soviet comrades.

Another version of this legend tells us that vampires, mysterious priests, Satanists, body venders—and even Satan himself—drove the black volga car.

According to different versions, children were kidnapped with the intention of using their blood as a cure for rich leukemia sufferers around the world. Of course, none of these versions were ever found to be true.

Fortunato Zanfretta’s abduction story has become one of the most famous urban legends in Italy over the last few decades.According to his own accounts (originally made while under hypnosis), Zanfretta was abducted by aliens called Dragos from the planet Teetonia, and experienced repeated abductions by the same group over a period of several years (1978-1981).

As frightening or creepy as this case might sound, it seems like we can paint a more optimistic picture of the intentions of these visitors when we consider the words of Zanfretta during one hypnosis section:“I know you are trying to come more frequently … no, you can’t come to Earth, people get scared if they look at you.

You can’t make friendship. Please go.”Zanfretta has probably given more details about his alien abduction than any other person in history; his detailed accounts may cause even the most vehement skeptic to pause for thought. To this day, the Zanfretta case remains one of the most curious and fascinating ‘x-files’ around the world.

According to this legend, a couple was driving home from church with their baby, arguing about something. The rain was falling in torrents, and they soon found themselves having to drive over a flooded bridge. As they started across, the water was deeper than they first thought, so they got stuck and decided to get out of the car to find help.

The woman stayed behind, but left the car for reasons we can only guess at. While her back was turned to the car, she heard her baby crying out loudly. She returned to the vehicle, only to find that her baby had been carried away by the water. According to the same legend, if you go to that same bridge you can still hear the baby crying (the bridge’s location is conveniently unknown).

This story, also known as “The Boyfriend’s Death” has many different variations and has been interpreted as a more generalized warning not to stray too far from the safety of home. Our version takes us to Paris in the 1960s. A girl and her boyfriend—both of them college students—are making out in his car.

They have parked near the Forest of Rambouillet so that they won’t be seen by anyone. When they’re finished, the boy gets out to take some fresh air and smoke a cigarette, and the girl waits for him in the safety of the car.After waiting for five minutes, the girl gets out of the car to look for her boyfriend. Suddenly, she sees a man in the shadows.

Frightened, she gets back into the car to drive away—but as she does this, she hears a very faint squeak, followed by more squeaks.This continues for a few seconds, until the girl decides that she has no choice but to drive off. She hits the gas as hard as possible, but can’t go anywhere; someone has tied a rope from the bumper of the car to a nearby tree.

Finally, the girl slams on the gas again and then hears a loud scream. She gets out of the car and realizes that her boyfriend is hanging from the tree. It turns out that the squeaky noises were made by his shoes, scraping across the top of the car.

There is a legend in Japan and China about a girl called Kuchisake-Onna, also known as the slit-mouthed woman. Some say that she was a samurai’s wife. One day, she cheated on her husband with a younger and better-looking man. When the husband returned, he discovered her betrayal; enraged and furious, he took his sword and slit her mouth ear-to-ear.

Some say that the woman was cursed to never die, and still wanders the world so that people can see the horrible scar on her face and pity her. Some people claim that others have actually seen a very beautiful young lady, who asked them: “Am I pretty?” And once they replied positively, she ripped off the surgical mask, and showed them her horrible wound.

She then asked the same question—and anyone who no longer found her pretty was met by tragic death from her hands.There are two morals to this story: a compliment won’t cost you a thing, and honesty isn’t necessarily the best policy.

This urban legend comes from Sydney, Australia, and features a bizarre story regarding a choking Doberman dog. One night, a couple who had been out for a few too many drinks came home to find their dog choking in the living room. The man panicked and fainted, but the woman decided to call her old friend, a vet, and arranged to drop the dog off at the vet clinic.

After dropping off the dog, she decides to go home and get her husband into bed. It takes her a while to do this, and in the meantime, the phone rings. The vet screams hysterically that they need to get out of the house immediately.

So without any clue as to what’s going on, the couple leave the house as quickly as possible. As they come down the stairs, several policemen run up to meet them. When the woman ask what the problem is, a policeman gently tells her that the dog was choking on a man’s finger. A burglar must still be present in their home. Soon enough, the former owner of the finger is found unconscious in the bedroom.