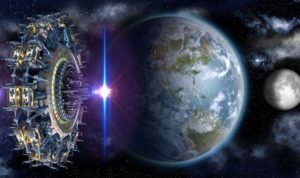 A man living in a small western town steps out of his house in the early hours of the morning to start the day`s work on his farm. Glancing up at the vast, cloudless sky, he sees a circular disc hovering not too far from his direct eye level.

It appears silvery in complexion and looks about the size of a smallish airplane. It hangs in the air for about a minute and then suddenly darts upwards into the atmosphere at an incredible speed, vanishing before the man’s eye in an instant.

There are hundreds of other stories just like this one all over the world. When did the fascination with extra terrestrial life begin?

One of the most famous events in the history of extra terrestrial speculation is the incident of the Roswell crash in the USA.

The event sparked much controversy amongst scientists, conspiracy theorists, and all those inquisitive minds seeking knowledge of the unknown.

On the 2nd of July 1947 a strange looking aircraft crashed on the land of a local farmer named William “Mac” Brazel. After hearing a large explosion that “sounded like thunder”, Mac went to check out the spot where the “aircraft” had evidently crashed.

There he discovered a mass of silvery metal and rubber-like debris. He reported the incident to the American army.

Jesse Marcel, a military intelligence official, accompanied Mac to the site to observe the wreckage. The area was then cordoned off to the public by the army and the debris was transported away.

Marcel was photographed later with pieces of the debris, which was declared by NASA to have been pieces of a weather balloon.

Six days later however, a civil engineer named Grady L. Barnett reported that he had seen a large disc shaped object crash nearby and had discovered that it was some sort of aircraft that had been partly destroyed on impact.

According to reports Grady discovered three small humanoid looking creatures dead inside. A few archaeology students came to observe what he had found but moments later, an army jeep arrived and chased everyone from the scene.

The witnesses were apparently warned not to talk of what they had seen.That day the report in the Roswell paper claimed that a large disc had crashed on a nearby farm. Later, in a military press release, the disc was said to have been the remains of the weather balloon that Mac Brazer had found on his farm.

This incident caused much speculation and many believed the whole controversy to have been a cover up by the government. Previous to this incident, there had been talk of a number of UFO sightings over the last few years.

This story was by far the biggest and is still a very controversial subject amongst extra terrestrial enthusiasts. There was also, and still is, much speculation around the place of Area 51, a US government military base that is strictly inaccessible to the public.

Many believe this to be the place the Roswell wreckage was taken and where government experiments such as the autopsy of the alien bodies was conducted.

Journalist, Matt Tennyson, who had flown for the air-force, claimed that the Stealth fighter jets developed a few years ago and used in the Gulf War were designed and developed at Area 51. “Those things aren’t planes man, I don’t know how they ever came up with that technology”, he said

Moon lander Buzz Aldrin (Apollo 11) reveals in an interview that also, all along their journey, a strange looking object was picked up by telescope, not too far from where they were situated.

The object apparently followed them for a long period of their journey to the moon. This information was only released by Buzz after the landing and was filmed in 2005 for a documentary titled “First on The Moon: The Untold Story” in which NAI senior scientist Dave Morrison interviews Aldrin on his experience.

During World War II, pilots were heard to have observed strange looking craft that flew alongside them as they navigated the sky. These objects were thought to be enemy intelligence but it was realized later that they were not. The strange objects were nicknamed “foofighters.” 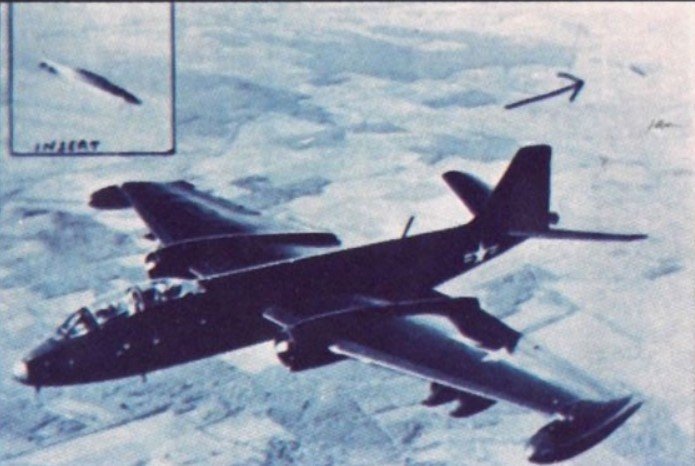 There are numerous other stories like this that provoke suspicion amongst many sky watching enthusiasts.

The more one delves into these stories and speculations, the more one realizes how little we really know and that out there somewhere there may be something much bigger, something thing that extends far past the limits of our own little world.

Will we be eternally seeking the answers to the questions of the universe or will there come a point when we see the bigger picture?

Before Einstein came along, society seemed somewhat content and at peace with the understanding and ideas that Isaac Newton had proposed; he seemed to have rationally explained some of life’s most complex questions in his theories.

During that period there was a strong, sound belief and grounding in most that there was always a rational and logical reason for every occurrence in life. Of course there were always skeptics and always will be. 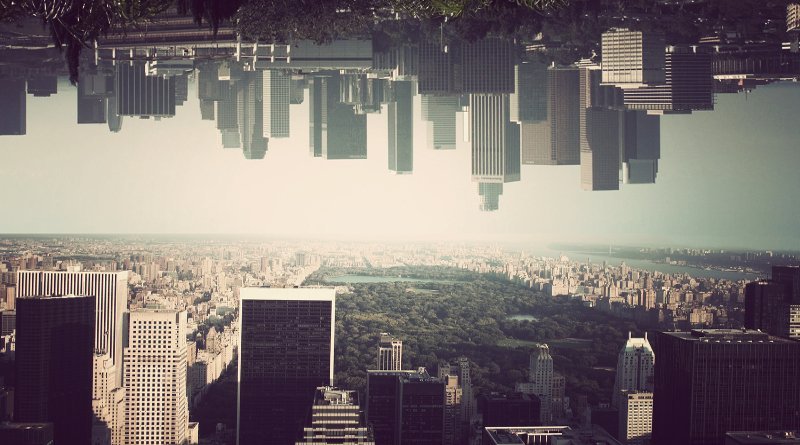 Einstein’s theory of relativity brought a whole new perspective to ideas about time travel as well as parallel worlds and dimensions.Consider the amount of what one might call paranormal or supernatural experiences that have been recorded over hundreds of years. There are many.

Considering how little we know of even just our own universe, let alone the hundreds of other galaxies or even possible universes, it appears that we are far from discovering everything there is to know.

If mankind one day does discover the answer to life, perhaps he will move to a new state of consciousness where the impossible becomes possible.

If man were to ever stop questioning his existence and purpose, where would that leave him? Would he cease to advance and evolve? Man must endeavor always to seek knowledge that he cannot yet comprehend, for perhaps here lies a reason for life as well as a motivation for living.