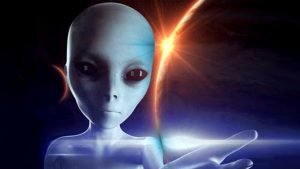 For centuries, scientists have been concerned about the presence of extraterrestrial civilizations in space.

For this purpose, the SETI project, which dates back to 1959, has been implemented. However, reliable signs of other life forms have not been found. A new study in the same series was unsuccessful.

It is reported that the latest study to search for traces of alien civilizations in space was the fourth in a row. Scientists are trying to identify alien signals at the center of the Milky Way by sending out low frequency radio waves. In the latest work, scientists sent a signal with a frequency of 150 MHz.

All work was carried out using Murchison Widefield Array located in Australia. In the latest study, scientists observed more than 140 previously discovered Earth-like exoplanets for two nights in a row.

All of them are located in the center of the galaxy. In total, the study lasted more than seven hours, but did not bear fruit.

However, scientists do not despair and are going to continue the search for extraterrestrial civilizations. According to the head of the study, they will gradually change the frequency increment of the signal with some periodicity.