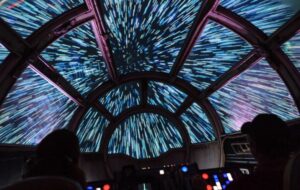 Until the end of this century, humanity will be able to send astronauts to several key locations in the solar system.

A team of researchers from NASA’s Jet Propulsion Laboratory has calculated how long it will take for humanity to advance in space exploration. Among the planned missions manned by humans, Mars and some of the moons of Jupiter and Saturn are designated.

The preprint with the research results is published on the arXiv portal.

In the 21st century, manned interstellar missions are also planned to be launched on exoplanets about 4 light years away. Humanity will reach the star Proxima Centauri in 2254, but flights to other galaxies will have to be postponed until the end of the 24th century.

According to a team of NASA scientists, when nuclear weapons were developed on Earth, humanity entered the so-called “window of danger.” According to the new document, this window will remain open until reliable colonies are formed outside the Earth.

The paper examines at what point people will be able to leave the Earth and disperse among the stars. Scientists have created a model of development in the first six decades of the space age based on empirical evidence of space exploration and computing power.

If all goes according to plan, then by the end of 2024, humans will again set foot on the moon. NASA’s mission, known as the Artemis program, will be the first manned mission to the moon since Apollo 17 in 1972.

Artemis is considered the first step in preparing for a future mission to the planet Mars, but new research suggests that before the end of this century, humanity must go even further.

In 2038, people will have to land on Mars, and arrive in the asteroid belt around 2064. The study also indicates that travel to the moons of Jupiter and Saturn should be within reach until the early 22nd century. In addition, the moons Titan and Enceladus, orbiting Saturn, and Europa and Callisto, orbiting Jupiter, should be the target of space exploration over the next 80 years.

And finally, in 2254, humans will have to fly to the nearest neighboring star, Proxima Centauri, which is 4.2 light years away, in the constellation Centaurus.

“An aggressive and sustainable space exploration program, including colonization, is considered fundamental to the long-term survival of the human race,” the authors write.