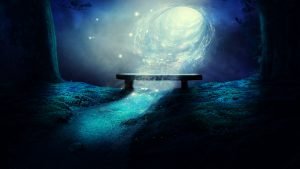 The question of what existed before the universe is, in some way, meaningless. While effects in the universe have causes, the universe as a whole may not have or need them. But it sounds kind of weird.

However, there is an alternative hypothesis called the “cyclic universe” model. It states that our universe is part of a series of universes. Our universe is currently expanding, and if it continues to do so, it will continue to expand forever.

But what if the universe starts to contract at some point. It will contract until it reaches a new hot dense state, after which a new big bang will occur.

A cyclical universe does not need a beginning. It always was, always is and always will be. But the model is not without its problems. One of the main ones is the problem of entropy.

Entropy is a measure of the disorder in a system and, according to the laws of thermodynamics, will never decrease. In a simple cyclic model of the universe, the entropy of any particular universe must be at least slightly greater than its parent universe.

So, if the universes are cycling into the infinite past, then the current universe will have infinite entropy, which is not the case. That is, there must have been some initial universe with low entropy, and in our reasoning we returned to the beginning.

However, there is a way around this problem. The universe can have a common scale factor. If this scale factor increases with each universe, then the entropy problem disappears.

Interestingly, this scale factor is invariant. This means it doesn’t change how the universe looks. Each universe may be twice the size of the previous one, but everything in that universe is scaled by the same factor.

If you double the income of every person on the planet, you also double the value of everything. I mean, nothing really has changed.

This conformally invariant scale factor allowed a cyclic universe to exist without a beginning. Every universe has a reason, but a new study has found a flaw in this hypothesis.

The team studied the mathematical structure of the cyclic universe models within general relativity and found that they were all geodesically incomplete in the past.

In other words, within the framework of general relativity, you cannot trace a universe like ours through an endless cycle of universes. There may have been a huge number of universes before ours, but the first universe must have existed anyway.

Thus, the cyclic universe model can reveal the reason for the appearance of our universe, but it only pushes the problem of beginning into the background. Even if our universe was not the first, then there was some universe before it.

As the authors of the study note, their work is not applicable to the conformal cyclic cosmology proposed by Roger Penrose. In this model, the scale of each universe is infinitely larger than the previous cycle. The authors plan to consider this model in the next study.