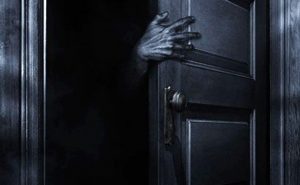 My family and I have had various encounters and the owners of the house afterwords.

When we lived at the house (15 years and we had it built) we would always hear something walking around upstairs and when we would go to check it out we would find nothing. We would be upstairs and hear cabinets open and slam shut even when you are 100% home alone.

One night when I was home alone I was asleep and heard my radio turn on and was turned all the way up and every TV and light was on in the house. When that had happened i called my grandparents to come and get me because there was some weird stuff going on. When putting clothes out on the clothes line to dry my mother smelt a cherry cigar when she turned around nothing was there.

Things like that continued and someone wanted to buy the house so we sold it to them and moved one town over. A couple months passed and we had seen them at the store and they asked if weird stuff like that had happened when we lived there and asked if it were haunted. We told them that we had experienced that and thought it was haunted.

They sold the house to some more people and one weekend the parents went away and the girl had a couple friends to stay the weekend, which a very close friend of mine was there. The girl was in her room went down the stairs through the living room to get a drink of water in the kitchen and it woke my friend up.

Shortly after they moved out of the house due to personal reasons. The area around the house and down the hill was close to a small creek and you could find arrowheads from where Native Americans had been around and about 300 yards away from the house there is a very old cemetery that had been found when they were erecting a park complex.

So we believe that something bad must have happened long before the house was ever built on the land or that it had been built on a Native American burial ground. Because we were not the only family to experience all of this paranormal activity.