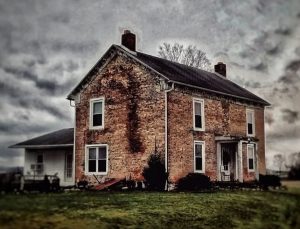 One of the more convincing arguments for cemeteries as haunted places are the stories that come out of locations that people don’t know are burial grounds until later. The following is a case in point…

Built in 1801, the Wickerham Inn is one of the oldest brick buildings in Ohio. As such, it should come as no surprise that rumors of ghosts swirl about the place.

The Wickerham didn’t have to wait until it was old to acquire it’s haunted reputation, though. That happened when it was still a shiny new burnt orange rectangle on the wild, Ohio frontier.

As the story goes, it was late one evening in the autumn of 1804 when a stagecoach pulled up to the inn. The driver, who was unknown, made straight for the sleeping chambers without uttering so much as a word.

When he didn’t come down the next morning a boy was sent to fetch the sleeping man. Instead he found a gruesome scene that was presumed, based on the sheer volume of blood, to be evidence that a murder had been committed.

An investigation was conducted but neither a body nor a suspect could be found.

The inn keeper, Peter Wickerham, had the contents of the room burned in an attempt to be done with the affair, but word of the incident spread across the countryside. Then a strange, headless figure began appearing at the tavern. 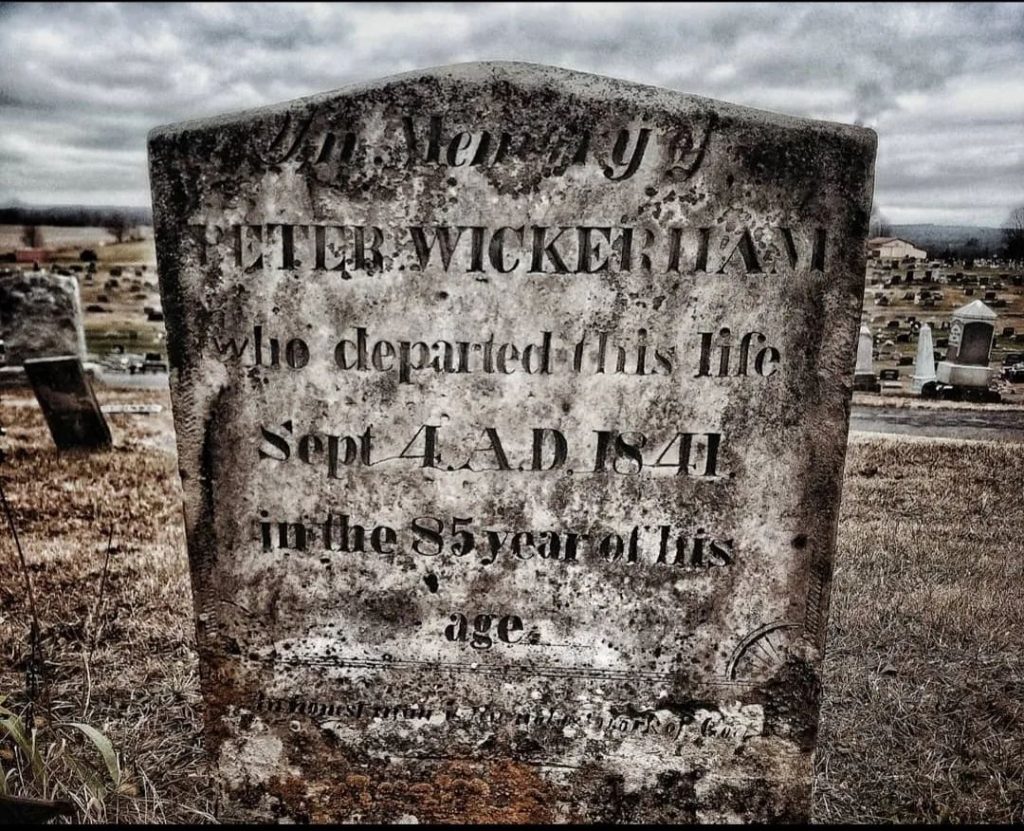 Sometimes it was seen silhouetted in an upstairs window. Other times it would be standing in the fields near the inn, making dreadful gurgling noises.

By the mid 1800s locals refused to go near the Wickerham after nightfall, so the family halted inn service and turned the building into a private residence.

In 1922 Florance Wickerham and her husband moved in and began modernizing the old house. Flo had heard the legend of the stagecoach driver and ghost all her life, but disregarded the tale as pure fiction – that is until she and her husband found a skeleton buried just below the surface of the cellar floor.

This must’ve been quite a “shit just got real” moment for the couple. Not only did their discovery support the rumor of a century old crime, but also the ghost stories. True to the sightings that were reported over the years, the skeleton they found had no skull.

Folks continue to claim sightings of the ghost at the Wickerham, but if you decide to visit, please be respectful. It’s a private residence and the people who live there are probably haunted enough as is.