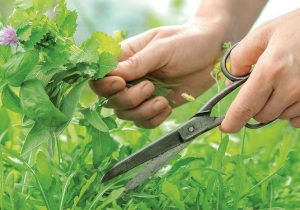 Scientists have discovered that when stressed due to drought or damage, plants emit ultrasonic squeals, reports livescience.com

What is the sound of a plant? It’s a question that may seem absurd, but the idea that plants emit sound may not be so far-fetched after all, according to a new study.

Recently, researchers at Tel Aviv University in Israel have been able to record these ultrasonic squeals by placing special microphones next to tomato and tobacco plants.

Remarkably, they reported picking up the sounds that fall within the 20-100 kilohertz range, up to 10 cm from the plant It was also suggested that up to several meters away certain plants and animals could even hear such sounds.

The scientists found that computer software could even tell different plants apart from these sounds.

“Sounds that drought-stressed plants make could be used in precision agriculture if it is not too costly to set up the recording in a field situation,” said biologist Anne Visscher.

However, further research will be needed to determine this concept’s feasibility.