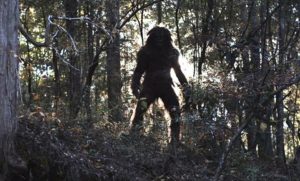 According to Trey Hudson, head of the Oxford Society for Paranormal Research, Bigfoot can have superpowers to disappear and appear at will. One day, a member of Hudson’s team clearly saw a yeti behind a tree, which suddenly disappeared, reports express.co.uk.

Years ago, American Trey Hudson took part in military operations in Afghanistan, but now he is the head of the Bigfoot hunting group. Hudson heads the so-called Oxford Society for the Study of the Paranormal and his colleagues have also seen a lot of the mysterious.

Hudson recently released a book called The Meadow Project: Explorations into the South’s Skinwalker Ranch, which topped the top-selling paranormal book on Amazon.

Over the years, Trey has claimed to have witnessed some truly bizarre things, and one expedition made him wonder if Bigfoot could be more than an unknown flesh and blood animal with special powers.

A Bigfoot-like creature was allegedly spotted by one of his teammates in the middle of the night. Recalling this event, Trey recounts:

“At about 2 or 3 am, he saw the figure of a humanoid being looking out from behind a tree and watching our camp. An eyewitness ran after one of our team members who has very sensitive thermal equipment – this is a very expensive FLIR device. It was designed to catch heat from the bodies of living beings.

“But by the time he found it and they collected this equipment, the creature was gone.”

Later, they carefully examined the place where the tall figure stood, and, to their great surprise, did not find there any physical traces of the presence of something alive and large.

They also did not find any scratches on the bark of trees, broken branches, etc., which are usually clear signs of the presence of a yeti.

According to Trey, his team members are very experienced people who perfectly know how to look in the forest for even the slightest traces of a person or animal, tracking down trampled grass and so on.

Trey is sure that the explanation is that the Yeti is not just a material being, but a being that can penetrate into other dimensions or other universes. Trey believes that Yeti may well have superpowers and can appear in a certain place and disappear at will.

China and Russia trying to modify the Earth atmosphere

A surveillance camera captured an anomaly that looks like a fairy