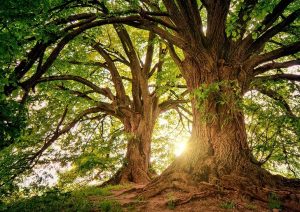 One type of living organism is plants and trees. While a tree definitely doesn’t have a heart, the idea that they have their own beat and sense of rhythm isn’t as far fetched as many people think, reports rontiersin.org.

According to a study which was headed by András Zlinszky, Bence Molnár and Anders S. Barfod from Hungary and Denmark, trees do in fact have a special type of beat within them which resembles that of a heartbeat.

The results shocked everyone and revealed that at night, while the trees were sleeping, they often had a beat pulsating throughout their body, just as humans, and other living creatures do too.

While these pulses aren’t an actual heart beating, it does effectively do the same job in keeping rhythm and pumping liquids around the organism.

The pulses which the scientists discovered are actually the tree pumping and distributing water around its body, just as a heart pumps blood.

It wasn’t just the heartbeat that the study discovered either, it also revealed that trees move quite a lot during the night, far more than people initially thought.

Trees and plants are some of the most mysterious living organisms that harbour so much information and have plenty of secrets left to give up.

Mysterious creature like Demogorgon from the “Stranger Things” filmed in India