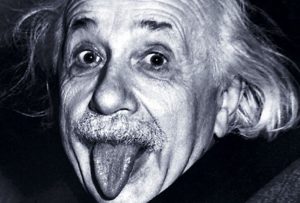 You prefer to stay up late, your house is a mess and you swear like a sailor. All your life you have been told that these are bad habits, however new studies are showing they are signs of your high intelligence!

It has long been believed that the most successful people are those who wake early, well rested and ready to take on the day. It has been drilled into your head that you require a solid 8 hours of sleep each night.

“The early bird gets the worm.” Right?

Psychology Today published an article recently discussing the difference between Night Owls and Morning Larks! It went into the science behind our biological clocks, explaining how all species in nature have a cycle of activity called circadian rhythm.

Human beings also have circadian rhythm; however, we also have the ability to change our own activity patterns! Doing so would mean that we are effectively making the decision for our selves as to whether we are morning people or night owls.

The article provides some great data in regards to the sleeping habits of a representative sample of young Americans, and in analyzing this data it draws an interesting conclusion.

That’s right! If you are a Night Owl, science says that you are more intelligent! Remember that the next time you find yourself deciding to stay up ‘just a little longer’.

Your work space is cluttered, and your housekeeping could use some work. You’ve been led to believe this is nothing more than a sign of laziness, but a study conducted at the University of Minnesota has found otherwise.

Kathleen Vohs, University of Minnesota Carlson School of Management, concluded that a cluttered home or office environment increases your creativity! Albert Einstein himself subscribed to this theory, stating, “if a cluttered desk is a sign of a cluttered mind, then what does an empty desk mean?”

Messiness is a sign that you do not concern yourself with the status quo. You have a different way of thinking than those around you, approaching situations from a unique point of view.

While everyone else subscribes to the idea that your clothing should be either hung in the closet, or folded neatly within your dresser drawers, you may use your own method of organization in the way they are sorted and stacked upon your floor.

So, don’t stress about a little clutter, you’re just a creative genius at work!

The Huffington Post published an article discussing a study completed at Marist College in New York, which concluded that the individuals who can name the most swear words in one minute tend to have a larger overall vocabulary.

The study examined a group of participants aged 18-22, asking them to name as many ‘taboo words’ as they were able to in a specified period. They were then asked to repeat the same exercise naming animals.

The data collected found a connection between the number of swear words the participants knew, and their grasp of the English language. It also found no discernible different between male and female participants.

They also found some other interesting connections including the fact that swearing was shown to relieve pain and stress.

Laurel Thatcher Ulrich was quoted saying “well-behaved women seldom make history” and she couldn’t have been more right! So, hold your head high and forget everything you learned about curse words being a sign of bad manners. You’re just relieving a little necessary stress and working on improving your vocabulary skills!