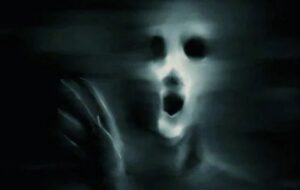 Leslie Robert’s husband was diagnosed with end stage liver cancer in September 2007. The cancer progressed rapidly and by the end of November, he was close to death. During this time he started talking about people no one else could see.

“He claimed to see shadow people standing at the edge of the room watching him,” Leslie said. “He said that there were at least 12 to 20 of them and they were always present listening to our conversations and watching as we nursed him through his illness.”

Although Leslie’s husband was weak, he insisted they take a trip to Redding, Calif., 150 miles away.

“I did not want to go because I was extremely worried about him, but because he insisted, we went,” she said.

They spent the first night of their trip in a motel, but Leslie soon found they were not alone.

“He and I were laying on the bed with the TV off just holding each other and talking,” she said. “He told me not to be alarmed but that the shadow people were in the room with us paying very close attention to everything we were saying.”

Fear poured over Leslie as she scanned the room, the hair rising on her arms and neck, but she saw no one.

“He told me the reason he wanted to go so badly was he thought he might be able to hide from them at least for awhile,” she said. “This really upset me.”

The couple spent the next night at a nearby relative’s house.

“It was a very bad night both because he was so sick and also because they were getting clearer and more present,” Leslie said.

The next day, Leslie took her husband home, but the visits from shadow people grew more intense.

“I, being raised by a Pentecostal minister, felt I had to do something to relieve his fears,” she said. “I sat with him and asked him one simple question. Did he think the shadow people were good or bad?”

He did not know the answer, but he knew he was afraid of them.

“From my experience with (the) church I did know that when something of the spirit world is good you knew it,” she said. “There only seemed to be doubt and fear if the spirits were evil.”

She slid her hands into her husband’s hands and prayed for the shadows to go away.

“I addressed the spirits that he was seeing and let them know that my husband was a child of the light, and a child of the almighty God in heaven,” she said. “I claimed my home a home of light and a dwelling of peace and love. I rebuked the spirits and told them that there was no place for them there and that in the name of the Father, Son and the Holy Ghost they could not remain.”

The moment the prayer was over, her husband jerked violently.

“My husband … looked at me with wide open eyes and said ‘you just took what I was using to keep me here,’” she said. “I was shocked; he said they were gone.”

The next morning her husband said he was leaving and an hour later he went into a coma. He died two weeks later. Leslie thinks she helped him in his last moments.

“I do not know exactly what was tormenting him,” she said. “But I do believe they were not good forces because otherwise I could not have sent them out.”