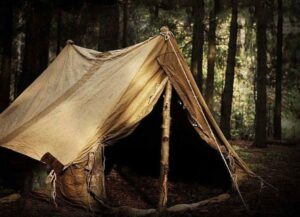 Nothing beats gathering around a campfire beneath the stars with friends and family, getting away from the stresses of everyday life and sharing a good horror story or two. But what if such stories are proven to be true?

Hikers, campers, and rangers from Reddit, who braved to travel into the woods, have revealed 15 real horror stories…

“A few summers ago I was canoeing in the Boundary Waters with some friends. A few days into our trip, at least two days of paddling from the nearest entry point, we found the creepiest campsite on an island. There was brand-new, abandoned camping equipment everywhere, like a sleeping bag and camping pad.

Throughout the campsite sticks with the ends charred had been stuck in the ground. In the remains of the fire was a heavily charred toothbrush, along with the remains of a wallet, glasses, papers and some clothes. The creepiest part was near the edge, where a single petrified moose alter had been wedged between some boulders and surrounded by charred sticks in a circle.

We got the hell out of there and as far away as we could before night. One of the creepiest things I’ve ever seen, it looked straight out of a horror movie.” – Liivv

“I was backpacking in the Beartooh Wilderness in early 2000’s with a good friend of mine. Three days into the hike, we had only seen one other couple. On the third night at about 4 am, we were awoken in our tent to what sounded like screams in the forest, big guttural screams.

Obviously, we were freaked out sitting in the tent not knowing what was out there. We started hearing what sounded like hail for about 15 minutes followed by heavy footsteps near our camp. My friend and I started yelling and making tons of noise, and the commotion outside the tent slowly came to a halt.

In the morning, after not sleeping at all, we unzipped the tent to the creepiest scene: all around the tent were literally thousands of little pebbles that were not there the evening before.

Surrounding the tent in a near perfect circle were 20 or so 150 to 300-pound boulders. My friend and I noped out of there making a three day hike into one, practically running the entire way to the car.” – I_hate_NY 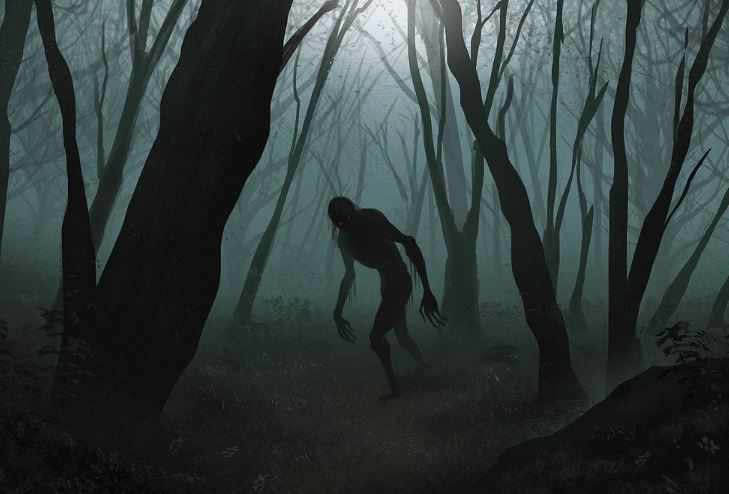 “When I was about 18 me and some friends took a road trip about 7 hours or so down to the Apalachicola National Forest near Tallahassee FL. We were going to do a little car camping, drink a few ice cold Natty Lights. You know, 18-year-old stuff. As such we didn’t want to be bothered by any park rangers so we drove waaaay deep into the woods.

Got there, set up camp, had said Natty Lights, and me and a guy decided to go do a little exploring, so we walked about 100 yards from our site back to the main road, saw another path directly across from us, and started walking.

Immediately we started seeing signs that someone had lived there for a while. Big bags of trash, stuff like that. Should have been a huge red flag to turn around. But you know. 18. Nothing could hurt us. So we get to this camp site of an older white guy living out of his van. Clothes lines strung up, coolers places around it, and a big gorgeous dog, I think maybe a golden retriever.

We tried to back out, but he sees us and starts talking. He’s friendly enough, asks us where we’re from, tells us about some cool spots to check out in the park, we end up chatting for ten minutes and going on our way.

I kept thinking to myself how odd it was that he gave directions in steps, not yards or miles. Guy always seemed to be off balance. Not stumbling drunk, but like he was walking on a balance beam, swaying side to side. Oh and he was SUPER excited to talk about national parks and forests where we were from.

Ok. Camping part over. We went back to our tents. Fast forward two months, same buddy calls me late at night and tells me to turn on TV to the news, I oblige. I see an old dude with a van.

You see where this is headed but I didn’t, so I get pissed at my friend for waking me up. “No, WATCH.” And then I see the golden retriever and it all clicks. What the fuck.

That man’s name was Gary Michael Hilton, convicted of at least four murders. He kidnapped and murdered a girl on Blood Mtn GA, an older couple in the Pisgah NC, and a girl in the Apalachicola at that camp site not long after we left. Yes, the very same places he had been talking to us about.

Obviously, we call the cops, they put us in touch with the FBI (F is for Florida), and we get flown down to take investigators to the camp site. Point out every spot we saw anything, tell them exactly what he told us, and show them the places he described to us. I didn’t find out until after the trial, but apparently they found what appear to be partially destroyed human finger bones in an area near the site.” – DrJimDanger

“My family used to camp in Algonquin Park in Ontario when I was a kid. We used to do a lot of the day hikes with our dog. The dog was a crazy runner, and would run up and down the trail, back and forth between my parents and my brother and me.

This one trail ended at a lookout. My brother and I stopped to take in the view, and my dog arrived, seconds later, travelling at full speed. He attempted to apply the brakes, but the momentum carried him right over the edge. We freaked out. Our dog had just gone over a cliff, and it was a good 50 or 60 foot drop.

I ventured over to the edge to look. My dog had somehow landed on the one ledge that sat about 10 feet down. Shit. Now what? Any movement, and my dog would fall the rest of the way down. It was a shear face, and no way to get down.

OUT OF THE BLUE, from the trail behind, appears a hiker WITH FULL CLIMBING GEAR. Algonquin is not an area known for a lot of climbing. I’ve never seen anyone before or since with gear on that trail.

This guy belayed down, rescued my dog, packed up and left. He didn’t even stick around long enough to get his name. To all intents and purposes, he just returned to the trail and vanished.” – Anonymous

Rocks Thrown at the Tent

“I once went camping up in Allegheny National Forest. Me and some buddies were all sitting around a fire bullshitting. As it got a bit later, we kept hearing things landing on the ground all around us. There were rocks being thrown at our tents and towards the fire.

Nothing too absurd, could’ve been some hooligans at a nearby campsite. But looking around the area we saw nothing. Anyway, it eventually stopped and we went to our tents. A few hours later we heard this ear-piercing noise that sounded like a woman screaming while running through our campsite, but much raspier.

It was a pretty unsettling experience, needless to say, but nothing more came of it.” – AlexDr0ps 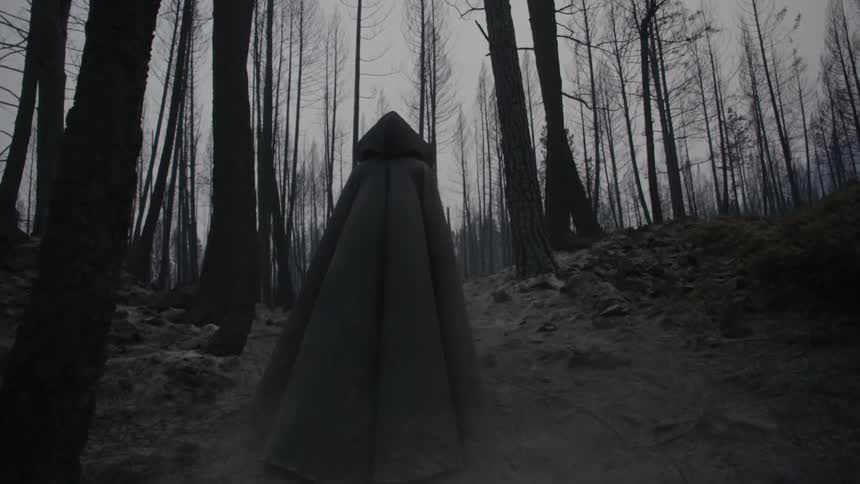 “Six hours walk through thick brush to the nearest passable road. Age 14, maybe 15, hiking and camping with two fellow Boy Scouts and an adult. We made camp for the night, had a cold dinner because it was too wet to scavenge firewood, and all turned in early.

Even in the woods, there are noises. Frogs, owls, small game, and every sort of bug. My tent-mate and I awoke at the same time, maybe 3 AM, to hear nothing outside. Absolute ear-straining silence, like a woolen blanket wrapped around the head. After a few minutes, the bugs started chirping again and we went back to sleep.

When we woke up in the morning, we found that five of the pine trees surrounding our little clearing had been connected in a star shape with scraped lines, and pinned to each one was a stick-man.

Like the ones from The Blair Witch. The leader and his son (occupants of the other tent) accused us of f***ing with them, but we both knew it wasn’t us. That’s a story nobody believes. I mean, who would believe the alibis of two kids?

I’ll never camp without the safety of a large group and nearby civilization ever again.” –awesomeificationist