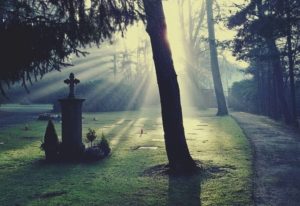 As soon as a person dies, his body usually begins to decompose immediately, although good embalming can delay this process.

Immediately after death, the human body begins to decompose, as cells die and bacteria multiply in the body.

About how long it takes for the human body to decompose completely, writes Live Science.

According to scientists, the process of decomposition of the body begins within a few minutes after a person has died. Oxygenated blood stops flowing and this leads to the gradual death of body cells.

If the body is in a very warm room, then the decomposition process is accelerated, so the dead bodies are placed in special refrigerators in the morgue. They are kept there until the funeral.

According to Daniel Wescott of the University of Texas, USA, if the body was buried in an ordinary coffin, then the transformation of the corpse into a skeleton begins within a year after the burial.

In order for the body to completely decompose, that is, all soft tissues disappear, about 10 years must pass.

“Decomposition significantly slows down at this [skeletal] stage, and it takes years or decades for the skeletal remains to disintegrate,” according to “Evaluation of Postmortem Changes.”

There are a few other factors most people don’t think about, Wescott said. In an outdoor setting, obese people initially decompose more rapidly in the beginning, but slow down compared with others later in the process because maggots prefer muscle tissue over fat. Chemotherapy and antibiotics used prior to death also can have a huge impact on decay, because both kill off some of the bacteria involved in the process.

As odd as it sounds, the coffin’s liner might also have an influence on the pace of decomposition, Wescott said. Some materials wick fluid away from the body and could cause it to dry out, and even mummify more quickly. If the material holds moisture, the body could become soaked in its own fluids and decompose more quickly.