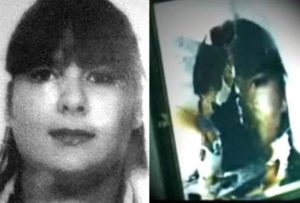 The year is 1992, and the story begins in the district of Madrid known as Vallecas.

Laying in her bed, close to dying, Conception Lazáro, Estefanias’ grandmother, was striking out a cursing everyone in her family who was with her that night. Just before she died, she spoke a few words to her daughter, words that shed never forget again… “I´ll do you a lot of damage during your life”

A couple of weeks, something else would happen to the family that would bury them in darkness. Estefania the family’s 18-year-old daughter, started to act weird. Apparently shed started toying with spiritualism, toying with an ouija board.

She suddenly began to suffer convulsions, ending in epileptic fits without reason.

The teachers of her schools told the police what happened one afternoon.

She and friends had been using a homemade ouija board in the school fields, when, according to someone present, the glass they where using smashed into a thousand pieces. Seconds later there would appear a thick dark puff of smoke – a smoke that would then disappear up the nose of Estefania.

She would then enter a cataleptic coma, from which she would never recover. A few nights later she would die, amidst screams and convulsions with her parents watching.

The autopsy said she died of heart and lung failure. Nothing more. They sent samples of internal organs to be analyzed, but they found nothing. For the family it was clear the authorities wanted this case closed, and now. In a few days, nobody spoke of the subject.

From the day after Estefania died the lives of her family became a living hell.

The voice of a woman shouting “Mama, Mama” (mom, mom) would awake them in the early hours, but hen they opened the door to the bathroom from where the shouts came, there was nothing.
The bedsheets and objects in Estefania’s room were thrown around the floor, even though this room had remained closed since her death.

The next night the family would hear a sound that moved along the corridor towards the bedroom, a sound that would later turn into a laugh, a cackling laugh that chilled the blood of the whole family… they said the voice belonged to “an old woman”.

Later that autumn of 1992, there would be sounds of fists punching the walls and the doors of the living room would open as though punched, both at the same time. In an effort to avoid this they placed a sofa and a marble ornament in front of the doors.

The next day, a huge gust of wind “turned” the door handles and then shoved everything, sofa and all, out of the way, throwing a photo of a smiling, happy, Estefania to the ground.

Her mother picked it up, but at once dropped it again. Her husband then picked it up, only to see a flame burning the face of Estefania. A flame inside the photo frame, a frame that was screwed shut, airtight. 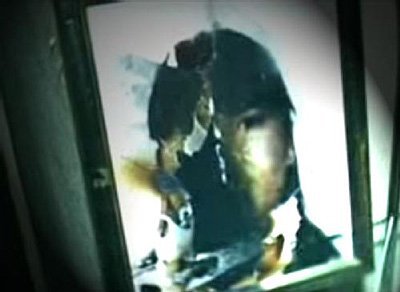 The neighbors who visited also saw shadows, passing through the walls to enter the bedroom.

Maximillian, the youngest son, was preparing his lunch when he heard something flying through the air..he ducked..only to find a piece of wood with a sharpened point stuck in a sausage that hung from the wall.

Days later Estefanias two sisters who shared a room would witness something in their room in the early hours. “We heard a whistling sound, like on other nights, and then a groan near the door, we were so scared we were frozen. It was then we noticed something on the floor, as the light from the streetlights would enter our bedroom, and light it up.

It was the shape of a man, crawling, dragging itself along the floor, h had a blackhead, no eyes, no mouth, nothing. It was crawling towards us, We started to scream, it was just then that the cuddly toys we had on a shelf started to be thrown violently towards the other wall, one by one, and then bangs and shouts. When our parents entered it was as if we´d been playing for hours with the dolls.”

In November 1992 police Inspector Jose Negre was called to the house, it was 2.40 am and there were bangs and noises in the house.

“We were with the family, you could hear and see how a perfectly shut cupboard door would open and shut. We checked the door. It was perfect. It moved in an anti-natural way. Moments later we saw how a table cloth on a small telephone table was becoming a stain by a brown substance that the Inspector identified as “drool like”. When we checked the bedrooms of the house we saw how a wooden cross spun upside down and the metal christ upon it was ripped off.

“One of the daughters then placed the cross behind the door on a poster. Then at the same moment there appeared three “nail marks, scratches” on the poster.”

The agents left the apartment in a hurry, aware that they cannot do anything.

Since that night, the family has tried everything, priests, exorcists with holy water, you name it, they’ve tried it and to no avail. Shortly afterwards, the Gutierrez family will sell their home and move away, definitively stopping paranormal events. The new hosts will never witness any inexplicable phenomenon.

The Vallecas case is one of the most famous cases of paranormal phenomena in Spain. It was documented by national police officers, who normally aren’t easily impressed, and who couldn’t not be influenced by the stories related to that apartment as they knew nothing of what had happened.

How To Know Is There A Paranormal Activity In Your Home

The Strange Disappearance Of Brian Schaffer