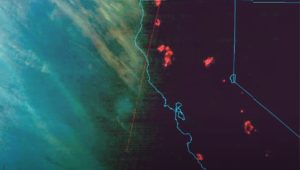 One day later, on September 9 another beam has been detected in a different location coming down from outer space – out above the ocean off the coast of California. With the wild-land fires already burning in Western Oregon now this beam going directly into a new fire that just started in Oregon.

According to Dutchsinse: Someone decided to try to censor or hide the beam.. putting a black line of censorship over the beam in the hopes to make it “disappear” into the background. See short color enhanced version of what has happened on September 9, 2020. 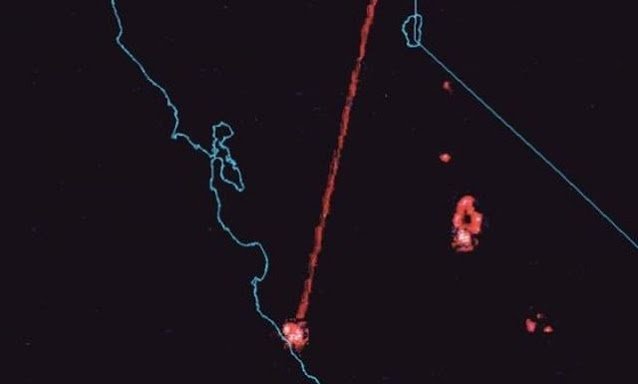 Slight problem with that, the people who did the censoring chose the wrong shade of black. They chose pure black, but the satellite live view is more of a grey black and now you can see a black line of censoring over the beam.

Here is a short color enhanced version of what has happened on September 8, 2020.

Here is a short color enhanced version of what has happened on September 9, 2020.

Instead of hiding it like they were hoping, now it stands out even more. That’s the worst thing anyone could have done. They just got caught altering the data.

Another way to look at it – if it was just a mistake or glitch then why try to hide it instead of just publicly say its a glitch of some kind?