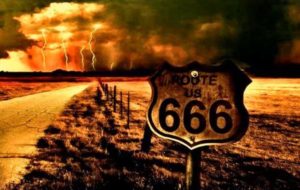 There are many locations throughout the world that are considered to be one of the scariest places on Earth. However, there is one road that is approximately 200 miles in length that has many individuals frightened to travel on. This is Highway 666.

While the U.S. officially renamed this haunted highway “U.S. Route 491” in 2003, those that have traveled upon it, live near it, and have heard or directly experienced its horrors, continue to refer to it as the ominous 666.

There are many different types of unexplained phenomenon that have occurred and continues to occur on this desolate road. Throughout this guide on the scariest places in the U.S., you will learn why it instills fear in so many individuals.

Throughout the entire nation of the United States, Highway 666 is considered to be one of the top haunted highways. This particular highway is so large that it is found in 4 individual states-Arizona, Colorado, New Mexico, and Utah.

Those that know of the terrors of this haunted place also identify it appropriately as the one and only “Devil’s Highway”. While it is true that there are many urban legends, rumors, and tall tales that are associated with this particular stretch of road, there are also many facts that relate to this road-such as statistics on accidents and even deaths.

Those that have experienced complications while traveling on this road claim that the spirits that lurk along it are directly responsible for the issues.

While there are many stories of ghosts, hauntings, and spirits in general associated with this haunted highway, the stretch of road is best known for the evil spirits that are rumored to lurk on it.

The first of the evil spirits that are said to be present on the evil road are what many refer to as the “Hounds of Hell”. These are dog like creatures that have a supernatural basis. Many claim that they are able to run as quickly as vehicles are able to drive; they purposely cause traffic accidents, and attack people traveling along the road.

In addition to this, there is a story that is often referred to as “Satan’s Sedan”. It is believed that an evil entity that is spiritual in nature drives a dark, ominous sedan that actually charges vehicles and individuals traveling this haunted highway. 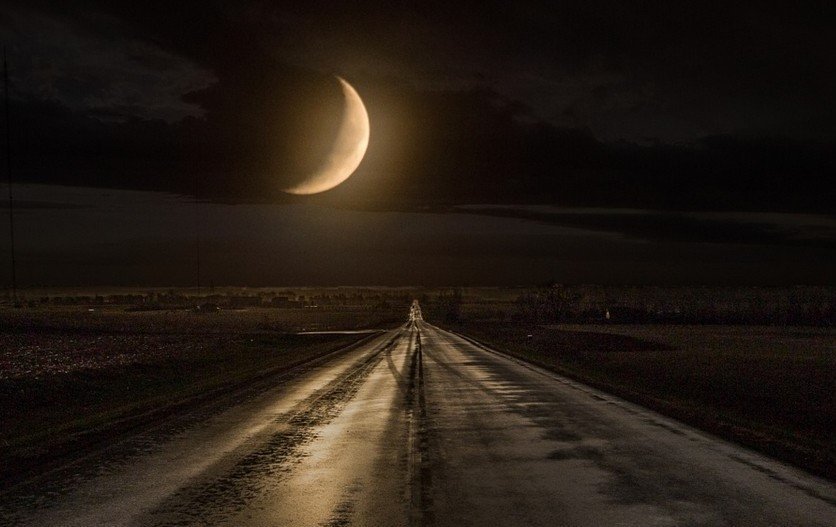 Here is what one eyewitness writes:

“I wasn’t sure where to share this experience; it was a strange experience indeed, but nothing I want to try to write a book about. Beginning on April 20th of this year I drove from Albuquerque, NM to the Seattle, WA area. I drove on what I guess is at least in part known as Highway 666 or the devil’s highway.

“I haven’t studied it in great detail so I’m not sure what that exact route is. I drove through Colorado, Utah, Idaho, Oregon and into Washington. The drive was fine until I got to Cortez, Colorado. From there all the way up Highway 191/highway 6 in Utah until Provo, Utah I felt a horrible sense of forboding and a very heavy feeling all over and on top of me and my car.

“I never saw anything weird, but I felt horrified that whole stretch. I was having panic attacks quite often along that highway. I was constantly afraid that someone wanted to kill me. Then to make things worse I started having thoughts that I was going insane because I was so scared.

“I kept having visions of people running me off the road into the canyons. I spent a night at a motel in Green River, Utah and did not feel well there either. All of this creepy feeling didn’t go away until I got to about Provo Utah, then it gradually subsided and by the time I got to Idaho it was gone.

As I mentioned, I never saw anything weird or “supernatural,” but I have driven a lot in my life and I never had anything like this happen before. Was it a supernatural occurrence? I don’t know and am not making any claims either way. But I do know I do NOT want to drive through Utah ever again. Never.”

There are many different stories associated with Highway 666. Most individuals associate the evil spirits with this road, but there are other stories surrounding this spectacular and vast haunted highway. Many claim the spirit of a girl wanders the highway while others claim that there is a phantom semi-truck that attacks travelers aggressively.

Then, there are stories of skinwalkers as told by Native Americans. Regardless, Highway 666 is considered to be one of the scariest places in the U.S. Do you dare drive this long, ominous road alone? How about at night when you get into some, car trouble?