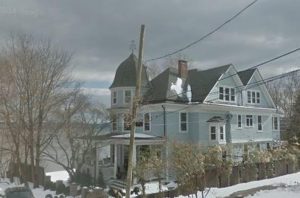 A mansion in Nyack, New York is known to be legally haunted because of the notorious ‘Ghostbusters ruling’, reports “Mental Floss”. There is no shortage of haunted houses for sale these days, with homeowners providing tales of unexplained phenomena as a point of sale for potential buyers with a supernatural inclination.

The haunted nature of the house, however, was actually established in court in this case.

The house was built in 1890 and was quite unremarkable until a woman named Helen Ackley moved in with her family in the 1960s. Tales of ghosts from the Revolutionary War started to emerge early.

Ackley said her grandchildren would receive mysterious’ gifts’ such as rings that would appear and vanish on their own accord. She also claimed that her mother, Cynthia, would be woken up constantly every morning by an invisible force shaking her bed

The family lived there until 1989, but their new owners did not take kindly to the fact that they had not been previously told of their haunted status when the house was eventually sold.

When the case was brought to court, it was decided that because the Ackley family had widely advertised their claim that the building had been haunted, it should be considered as such legally.

The case has since been widely taught in U.S. law school courses, known as the’ Ghostbusters ruling.’

As for the house itself, for the princely sum of $1.9 million, it is now available to buy.