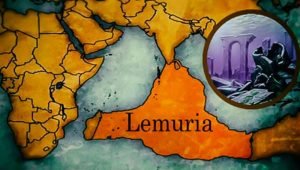 Various legends and other unusual landforms remind of the submerged continent of Lemuria that stretched all the way from India to Australia. Like Atlantis, this ancient landmass disappeared in mysterious circumstances tens of thousands of years ago.

Towards the end of the 19th century, English geologist Philip Sclater had coined the idea of a submerged continent named Lemuria. Although such a belief was not so novel, the researcher provided evidence that would even be approved by the scientific community at that time.

In an article entitled ‘The Mammals of Madagascar,’ Sclater noted that lemur fossils were abundant in Madagascar and India, whlist in mainland Africa and Middle East there were none.

Based on this observation, he proposed that India and Madagascar formed at some point in time a broader continent, and reffered to it as ‘Lemuria.’

Science later adopted the idea of continental drift, so a submerged continent would have been less probable by the new standards. Even so, the concept of a submerged ancient land remains viable, as there are numerous enigmas residing in the area which point in that direction.

The first anomalous area which hints at a mythical continent of Lemuria is ‘Adam’s Bridge,’ also known as ‘Rama’s bridge’ after its legendary builder. What remains of it is a mysterious string of sand combined with pebbles stretching over an 18-miles-area from mainland India to Sri Lanka.

It was first considered a natural formation, but satellite images released by NASA revealed that it could be in fact a collapsed bridge underneath the ocean’s surface.

The legend has it that Rama constructed a colossal bridge that would transport his army of Vanara, or ape-men, across the water mass separating his kingdom from the island of Lanka where his wife Sita was held captive.

It could be just a tale, but it’s more likely that it has some truth in it considering that the mysterious remains resemble a submerged bridge.

The Tamil people are an ethnic group who strongly believe in the existence of Lemuria, although they have their own term for it, namely Kumari Kandam. Tamil population numbers over 76 million people at present.

They are spread throughout Sri Lanka, India, Mauritius, Singapore and Malaysia, and their language is considered among the oldest written dialects in the world.

According to their genesis story, they are descendants of the old Pandiyan kings which ruled over a portion of land that was swallowed by the ocean in ancient times.

Tamils claim their ancestors’ kingship was spread all across the Indian continent, and their civilization is the oldest in the world. When Kumari Kandam was flooded, its dwellers scattered in all directions and contributed to the foundation of many civilizations that followed.

Because of this, it is believed that this long-forgotten and submerged continent was the cradle of human civilization. 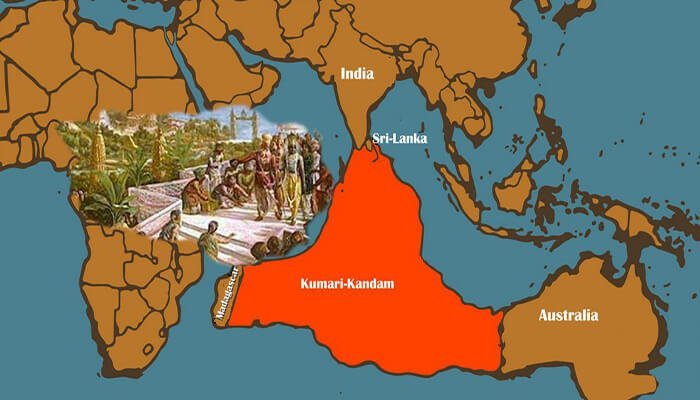 According to geologists, the Lemurian continent had been divided somewhere towards the end of the Mesozoic era because of the rising waters.

India’s National Institute if Oceanography revealed in a study that sea level was 100 meters lower approximately 14,500 years ago, and it gradually went up because of global warming until periodic floods covered a considerable portion of the landmass.

In turn, this led to the disappearance of many coastal civilizations, in our case Lemuria, or Kumari Kandam.

“The equator regions have always been most prone to natural catastrophes like earthquakes and volcano eruptions,” explained Professor Karsten M. Storetved, University of Bergen in Norway.

“These tectonic processes played an important role in the disappearance of the ancient continent known as Lemuria to western scholars. Sri Lanka, together with India, Indonesia and Malaysia were part of this continent. Many islands in the Pacific and Indian oceans are remnants of this continent that in ancient times covered the whole area of today’s ocean.”

“…descriptions of cataclysm in early literature when land suddenly went underwater are logical. But they should be proven to be scientific facts. This can be done with the help of sea-floor analysis that is possible to carry out. Modern theories find supportive evidence, both in ancient literature and language history…”

With so much technology at hand, it would seem a reasonable task to discover the ruins of this fabled continent, but the bottom of the ocean is an inhospitable place with frequent transitions resulting from volcanic activity, earthquakes and erosion.

It may be that we’ll never discover the ruins of ancient Lemuria, but legends about it will continue to surf the planet in this new age of information.

And who knows, maybe one day every individual will have the possibility to become an amateur archaeologist, and eventually bring to light crucial facets of our long-forgotten ancestry.