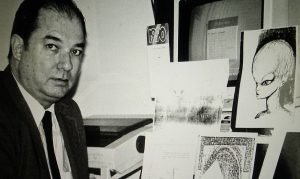 Some individuals get to see the gruesome aspects of the system in place, be it willingly or unwillingly.

While some feel from the start a thirst for power and control, others involuntarily find themselves in situations where there’s no turning back, where they subdue their minds and souls in exchange for a position inside a top-secret organization among “influential” characters.

Numerous people occupying positions of power live with a shallow consciousness and eventually seek to escape from this prison of the mind. Some may seek the fast way out attempting suicide, but others will seek to bring into the open the concealed reality they were once part of.

In such cases, these whistleblowers will be labeled as either delirious and absurd, or will sooner or later be silenced or put to their final rest.

Such is the case of Milton William Cooper, former member of the Intelligence Briefing Team of the Commander in Chief of the Pacific Fleet. In his search for redemption and truth, he paid the ultimate price after disclosing information about top-secret governmental programs, institutions, extraterrestrials and UFOs.

“We have been thought lies. Reality is not at all what we perceive it to be. We cannot survive any longer by hanging onto the falsehoods of the past. Reality must be discerned at all costs if we are to be part of the future. Truth must prevail in all instances, no matter who it hurts or helps, if we are to continue to live upon this Earth.” – Milton Cooper

On July 2, 1989, the former U.S. Navy member revealed highly classified material about a secret agency known as MAJIC 12, or MJ-12, while at a conference in Las Vegas Nevada.

At that time, the Navy felt like it didn’t receive a fair cut of the overall share, so they decided to take matters into their own hands and act accordingly. The matter at stake was the newly acquired alien technology resulted from reverse-engineering ‘toys’ held by certain governmental institutions in their secret locker room.

Before making available the information he had about the CIA, NSA, MJ-12 secret organization, US presidents, captured extraterrestrials, UFOs, as well as weapons of mass destruction, Cooper swore a solemn oath.

“I, Milton William Cooper, do solemnly swear that the information contained in this file is true and correct to the best of my knowledge.

“I swear that I saw this information in 1972 in the performance of my duties as a member of intelligence briefing team of the Commander in Chief of the Pacific Fleet as a petty officer in the US Navy.

Project GRUDGE – Comprises 16 volumes of documented information gathered from the beginning of the United States’ investigation of UFOs and IAC – Identified Alien Crafts. The project was fueled by the CIA’s confidential funds obtained through the illicit drug trade.

The goal of project GRUDGE was to compile all scientific, technological, medical and intelligent information from various UFO and IAC sightings, plus the added bonus of alien life forms that were sometimes discovered inside. This luxuriant data collection has been utilized to advance the United States Space Program. 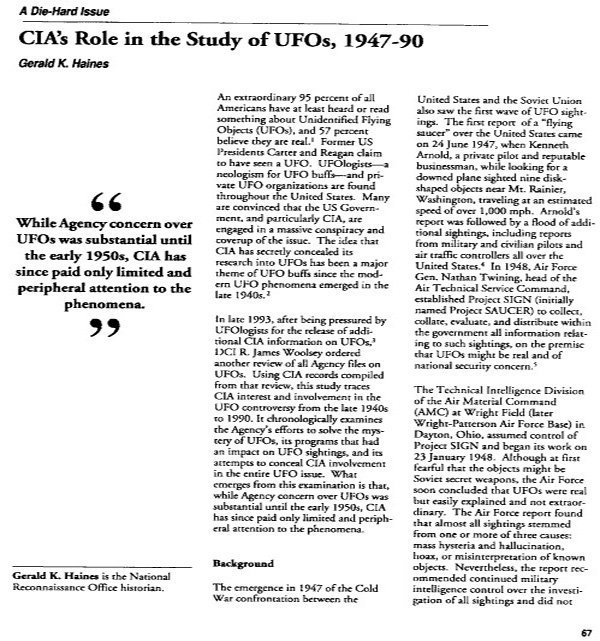 The Jason Society was a secret elitist group authorized by Former President Eisenhower in order to dig through all the facts, evidence, technology, lies and deception and discover the true facet of the alien reality. The society was comprised of 32 of the most conspicuous men in the USA at that time.

The leadership of this organization was as it follows: Director of Central Intelligence, Allen Welsh Dulles, Dr. Zbigniew Brzezinski, President of the Trilateral Commission from 1973 until 1976, and Dr. Henry Kissinger, coordinator of the scientific personnel.

The top 12 members were designated head of the MJ-12 control group that operated inside the Jason Society and had absolute control over affairs.

MJ-12 assassinated President Kennedy when he threatened them that he will make the public aware of the alien and UFO reality. He was murdered by a secret service agent who was driving his car and this is clearly visible in the film withheld from public view.

The secret elites behind MJ-12 and the Jason Society had a secret facility in Maryland described as only accessible by air. It was known as “The Country Club” and contained full living, recreational and various other compartments designed for undisturbed team buildings. 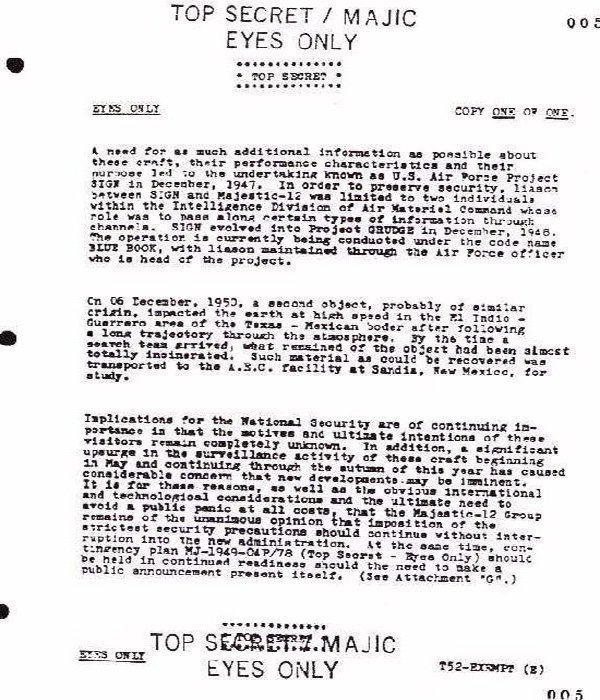 AQUARIUS – a project containing the known history of extraterrestrials on Earth, as well as their interaction with Homo sapiens for the last 25,000 years and culminating with the Basque people who live in the mountainous country on the border of France and Spain and the Syrians.

POUNCE – was a project designed to recover all downed or crashed spacecraft and their load, including alien beings.

REDLIGHT – a project aimed at flying recovered alien crafts. It was conducted at AREA 51 in Nevada. It received a boost when aliens gave us ‘saucers’ and helped us fly them. The initial project was somehow successful in that we flew a recovered craft but it blew up in the air and the pilots were killed. The project was suspended at that time until the aliens agreed to help us.

LUNA – is the alien base on the dark side of the Moon. It was seen and filmed by the Apollo Astronauts. A base, a mining operation with massive machines and a very large spacecraft described in sighting reports as a ‘Mothership’ exist there.

EXCALIBUR – a weapon used to destroy alien underground facilities. It is a missile capable of penetrating 3,000+ feet of hard packed soil such as that found in New Mexico with no operational damage.

ALIENS – there were 4 types of ETs described in the papers:

1. The LARGE NOSED GREY with whom our species has a treaty.

2. The GREY reported in abductee cases that work for the Large Nosed Grey.

3. The blonde humanoids described as the NORDIC.

4. The red-haired humanoids called the ORANGE.

EBE (Extraterrestrial Biological Entity) – is the name given to the alien held hostage after the 1947 Roswell crash. It had later died in captivity.

KRLL or KRLLL – was the hostage left with us at the first Holloman landing as a pledge that aliens would carry out their part of the basic agreement reached during the meeting. KRLL became sick and was nursed by Dr. G. Mendoza who became the expert in alien biology and medicine. KRLL later died.

RELIGION – Extraterrestrials claim to have made Homo Sapiens through hybridization. The papers said that RH negative blood was proof of this. They further claimed to have designed all of our major religions. They displayed a hologram of the crucifixion of Christ which the Government filmed. They claimed that Jesus was created by them.

CRAFT RECOVERIES – The documents stated that many craft had been recovered. The early ones from Roswell, Texas, Mexico and other places.

ABDUCTIONS – were happening long before 1972. The document read that humans and animals were being abducted and/or mutilated. Many disappeared without trace. They were collecting sperm and oval samples, tissue, performed surgical procedures, implanted a spherical device 40 to 80 microns in size near the optic nerve in the brain and all attempts to remove it resulted in the death of the patient. The document estimated that 1 in every 40 people had been implanted. The implant was said to give the aliens total control of the unaware humans.

William Cooper wasn’t exactly a forerunner of whistleblowers. In fact, many other military and governmental personnel had been terminated before their attempts of divulging this concealed reality.

Cooper was lucky enough to live and tell the tale, at least for a while, but he was eventually murdered on November 5, 2001, inside his house in Arizona. The ones who had delivered this deadly message were part of the Apache County Sherrif Department.

You need cold blood to become a whistleblower even today, but at least learning from the past mistakes of those brave forerunners can make a difference of life and death. The road has been paved to make way for novel and controversial insight into the secret world of the elites. Whatever we’re going to discover in the upcoming future, we can only guess, but the possibilities seem without boarders.

UFO Expert: We Should Prepare For Imminent ET Contact