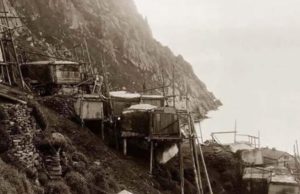 Angikuni Lake is a lake in Kivalliq Region, Nunavut, Canada. It is one of several lakes located along the Kazan River; Ennadai Lake is to the south and Yathkyed Lake is to the north. The lake’s shore is notable for rocky outcroppings.

In 1930, a newsman in The Pas, Manitoba reported on a small Inuit village right off of Lake Angikuni. The village had always welcomed the fur trappers who passed through occasionally.

But in 1930 Joe Labelle, a fur trapper well known in the village, found that all the villagers had gone. Labelle was greeted with an eerie silence.

He thought this was very strange because the fishing village was a noisy settlement with 2,000 Eskimos milling back and forth to their kayaks. But there wasn’t a soul about.

Labelle visited each of the Eskimo huts and fish storehouses but none of the villagers was anywhere to be seen. Labelle saw a flickering fire in the distance and approached it gingerly, sensing something evil was afoot on this moonlit night.

Upon the fire was a smoldering pot of blackened stew. To make matters more mysterious, Labelle saw that not a single human track had left the settlement. 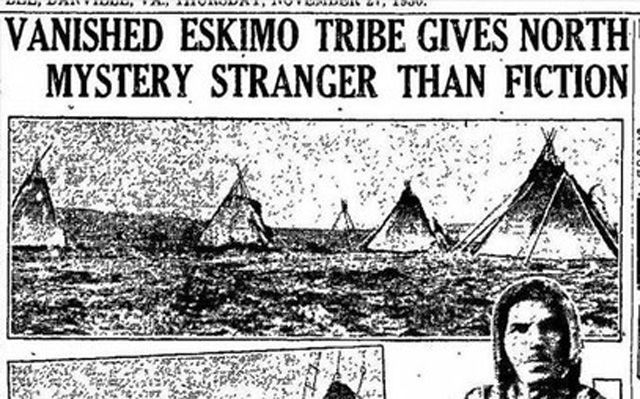 Labelle knew something bizarre had happened to the 2,000 people, and so he ran non-stop to the nearest telegraph office and sent a message about his findings to the Royal Canadian Mounted Police.

The Mounties turned up hours later, and they too were baffled by the mass vanishing act. An enormous search party was sent out to look for the missing villagers, but they were never found, and the search party unearthed some strange findings.

All the sleigh dogs that had belonged to the Eskimos were found buried 12 feet under a snowdrift at the perimeter of the camp. All of them had starved to death. The search party also established that all the Eskimos’ provisions and food had been left in their huts, which didn’t make any sense at all.

Then came the most chilling surprise of all; the search party discovered that all of the Eskimos’ ancestral graves were empty. Whoever or whatever had taken all the living villagers had also dug up the dead as well, even though the icy ground around the graves was as hard as iron.

Later, on that unearthly silent night the Mounties watched in awe as a strange blue glow lit up the horizon. The eerie radiance was not the northern lights, but seemed steady and artificial.

As the Mounties watched, the light pulsated then faded. All the newspapers of the world reported the baffling disappearance of the 2,000 Eskimos, although many believed that a rational explanation would eventually come to light, but the Anjikuni mass disappearance is still unsolved.