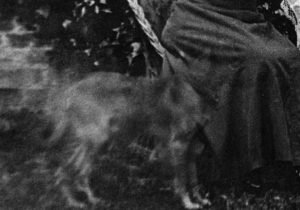 The death of a dog is always a heartbreaking experience, even when it’s for the “best”. The grief associated with the loss of a dog is so great many become discouraged as to ever having another.

What if there exists the promise of an animal’s afterlife? How comforting it would be to know that all dogs do go to heaven.

What is After Life

When asked about animal afterlife, Colleen Nicholson, world-renowned animal communicator and educator, says “What I have found is that animals will ask their people not to worry. Animals are not afraid to cross over. For them it’s one more step in a long, beautiful journey.”

If you believe the folks at the Pennsylvania, Luzerne County SPCA, animal afterlife is witnessed on regular basis in the paranormal activity that occurs at their shelter. To confirm their beliefs, the staff brought in psychic Daelynn Farrell.

Farrell is affiliated with the “Pennsylvania Hauntings and Supernatural Encounters”, or PHASE and they investigate paranormal activity and ghostly goings-on.

Cary Moran, director for the Luzerne SPCA shelter told Farrell that sightings of unearthly events at the facility span its history and were somewhat common. More recently guests have reported seeing visual manifestations that defy explanation.

Then, during an investigation at the shelter by Animal Planet for an upcoming episode of The Haunted, Cary reports they documented readings of paranormal activity that was just off the ground. Simultaneously, the group’s audio equipment picked up what sounded like paws scratching at the ground on the point where the activity was indicated.

Further Indication of a Dog’s Afterlife

Shortly after the paw scratching incident at the shelter, Cary brought psychic Daelynn Farrell to Rolling Green Pet Cemetery, the burial site adjacent to the shelter.

Farrell immediately reported a matrix of paranormal activity. “When they took me there”, she says, “I saw immediately what they were talking about.” Farrell says that the cemetery is home to a potent guardian-type spirit and that the apparition can be witnessed seated on a park bench in the center of the burial grounds.

This vigilant specter manifests itself in two forms, states Farrell. “Sometimes this guardian spirit looks like a stately old man,” but primarily he appears as a very large dog, “like a Great Dane, but larger across the chest.”

When a Dog Dies

Another recent confirmation of apparent dog afterlife was found in Shickshinny Pennsylvania. Evelyn and Dave Lewis, proud owners who shared a 10 year relationship with their beloved German Shepherd, Rion, feel certain they were contacted by their deceased dog from beyond.

Following their dog’s death, and in a pin-drop quiet atmosphere, the grief stricken owners distinctly heard the jingle of their German Shepherd’s collar. The sound was so distinct and so familiar, the couple had no doubt as to what it was and feel certain it was Rion’s way of saying, ‘I’m Okay now’.

Once at peace and comfortable in the knowledge that their dog was in a better place, the Lewis’ say they never heard the sound again.

Regardless of personal beliefs and whether or not you’re inclined to take much stock in ghost stories, dog afterlife confirmations appeal to all pet owners. After sharing years on this planet of pure, unadulterated love with our dog, what an uplifting possibility that one day we will be reunited with our much loved furry friends.