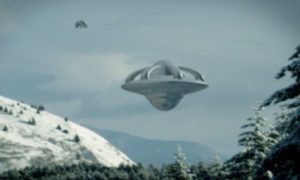 In his 1997 book Remote Viewers, Jim Schnabel told the story of the U.S. Intelligence community’s involvement in the controversial issue of psychic spying that largely began in the early-to-mid 1970s.

Commenting on the skills of a talented remote-viewer in relation to matters of a UFO nature, one Pat Price, Schnabel noted Price was of the opinion that “…Alaska’s Mount Hayes, the jewel of a glacial range northeast of Anchorage, housed one of the aliens’ largest bases.”

According to Pat Price, the aliens that lived deep inside Mount Hayes were very human looking, differing only in their heart, lungs, blood, and eyes. Ominously, he added that the aliens use “thought transfer for motor control of us.” Price added: “The site has also been responsible for strange activity and malfunction of U.S. and Soviet space objects.”

Rather notably, despite the controversial nature of this story, we find that the U.S. military took a great deal of interest in tales of UFO activity in Alaska in the formative years of the subject. For example, formerly classified FBI files tell of startling UFO encounters in Alaska in the period 1947-1950.

It was in August 1947 that a highly impressive account of a UFO incident involving two serving members of the military was supplied to the FBI at Anchorage. The report began: “This is to advise that two army officers reported to the Office of the Director of Intelligence Headquarters Alaskan Department, at Fort Richardson, Alaska, that they had witnesses an object passing through the air at a tremendous rate of speed which could not be judged as to miles per hour.”

According to the official report, the UFO was initially sighted by only one of the two officers, but he soon alerted his colleague to the strange sight. “The object appeared to be shaped like a sphere and did not give the impression of being saucer-like or comparable to a disk. The first officer stated that it would be impossible to give minute details concerning the object, but that it appeared to be approximately two or three feet in diameter and did not leave any vapor trail in the sky.” 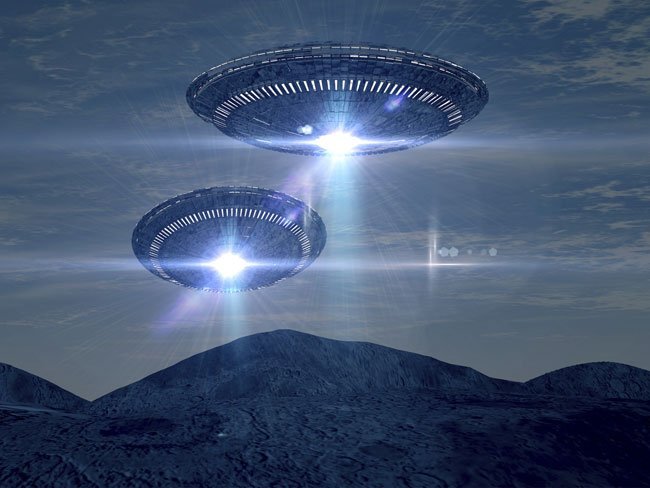 Experienced officer that he was, in his first attempt to gauge the altitude of the object, and, from a comparison with cloud formations in the area, he determined that whatever the nature of the mystery sphere, it was cruising at a height of more than ten thousand feet. And it should be noted that to be at such a height and still be visible, in all probability the UFO must have exceeded by a wide margin the initial size estimate of “two or three feet.”

When questioned, the second officer gave a substantially similar account, the only marked difference being that, in his opinion, he considered the object to have been approximately ten feet in diameter, and compared it to “half the size of a full moon on an ordinary night.” This discrepancy in size was apparently due to the fact that the second officer believed the UFO was more likely to have been at a height of three-to-four thousand feet, rather than at an altitude of ten thousand feet as had been suggested by his colleague.

The difference of opinion over the altitude and size of the object may or may not have been significant; the important factor, however, was that both officers agreed that some type of anomalous object had most definitely been seen. And as the report concluded: “…the second officer pointed out that one of the remarkable features of this report was that it was definitely traveling against the wind.”

Shortly afterwards, the FBI Office at Anchorage reported to Bureau Director J. Edgar Hoover that: “…we have been able to locate a flyer [who] observed some flying object near Bethel, Alaska in July 1947.”

The report to Hoover continued: “[The pilot] related that the occasion of seeing the flying object near Bethel was on a July day when the sky was completely clear of clouds, and it being during the early part, it is daylight the entire night. The time of his sighting [of] this flying object was about 10 PM and the sun had just dropped beyond the horizon. Flying weather was extremely good and he was coming into the Bethel Airport with a DC-3.”

On approaching the airport the pilot was amazed to see to his left an unidentified craft “the size of a C-54 without any fuselage,” which seemed to resemble a “flying wing.”

As a result of its unique shape, the pilot was initially unable to determine whether the object was heading towards his aircraft or away from it, and elected to make a 45-degree turn in an attempt to diffuse any possible chance of collision. The FBI noted that the pilot was certain that the craft was free of any external power source, such as a propeller-driven engine, and exhibited no exhaust as it flew by.

The document added: “He called on his radio to the Civil Aeronautics Administration station at Bethel, asking what aircraft was in the vicinity and they had no reports of any aircraft. The object he sighted was some five or ten miles from the airport before his arrival and [he] stated that the path did not go directly across the airport. He, of course, could not tell whether the object was making any noise and stated that it was flying at a thousand foot altitude and estimated travel at 300 miles per hour.

“It was traveling in the direction from Bethel to Nome, which is in a northwesterly direction. He noted no radio interference and is unable to describe the color other than it appeared dark but of definite shape and did not blend into the sky but had a definite, concise outline. [He] clearly observed the object at this time.”

As the 1940s drew to a close and a new decade dawned, the FBI continued to receive and log high-quality UFO reports on a regular basis. Of those, one of the more credible related to a noteworthy series of encounters that occurred in Alaskan airspace over the course of two days in early 1950.

Forwarded to the FBI by an official U.S. Navy source, the confidential three-page intelligence report paints a startling picture of multiple UFO encounters involving the military. Titled “Unidentified Phenomena in Vicinity of Kodiak, Alaska,” it concerns “a report of sightings of unidentified airborne objects, by various naval personnel, on 22 and 23 January 1950.”

The author of the report noted: “…at 220240W January Lt. Smith, USN, patrol plane commander of P2V3 No. 4 of Patrol Squadron One reported an unidentified radar contact 20 miles north of the Naval Air Station, Kodiak, Alaska. When this contact was first made, Lt. Smith was flying the Kodiak Security Patrol.

“At 0243W, 8 minutes later a radar contact was made on an object 10 miles southeast of NAS Kodiak. Lt. Smith checked with the control tower to determine known traffic in the area, and was informed that there was none. During this period, the radar operator, Gaskey, ALC, USN, reported intermittent radar interference of a type never before experienced. Contact was lost at this time, but intermittent interference continued.”

Smith and Gaskey were not the only two to report that unidentified vehicles had intruded into Alaskan airspace. At the time of these encounters, the USS Tilbrook was anchored in the vicinity of “buoy 19” in the nearby man ship channel. On board the Tilbrook was a seaman named Morgan (first name unknown) who was standing watch.

At some point between 0200 and 0300 hours, Morgan reported that a “very fast moving red light, which appeared to be of exhaust nature seemed to come from the southeast, moved clockwise in a large circle in the direction of, and around Kodiak and returned out in a generally southeast direction.”

Perhaps not quite believing what he was seeing, Morgan alerted one of his shipmates, Carver, to the strange spectacle, and both watched as the UFO made a “return flight.” According to the testimony of Morgan and Carver: “The object was in sight for an estimated 30 seconds. No odor or sound was detected, and the object was described to have the appearance of a ball of fire about one foot in diameter.”

The report then records yet another encounter with the mystery visitor: “At 220440W, conducting routine Kodiak security patrol, Lt. Smith reported a visual sighting of an unidentified airborne object at a range of 5 miles, on the starboard bow. This object showed indications of great speed on the radar scope. The trailing edge of the blip gave a tail like indication.”

Lieutenant Smith quickly advised the rest of the crew of the PV23 No. 24 that the UFO was in sight, and all watched fascinated as the strange vehicle soared overhead at a speed estimated to have been around 1,800 mph. Smith climbed to intercept the UFO and vainly tried to circle it.

Needless to say, its high speed and remarkable maneuverability ensured that Smith’s actions was futile. However, neither Lieutenant Smith nor his crew was quite prepared for what happened next. 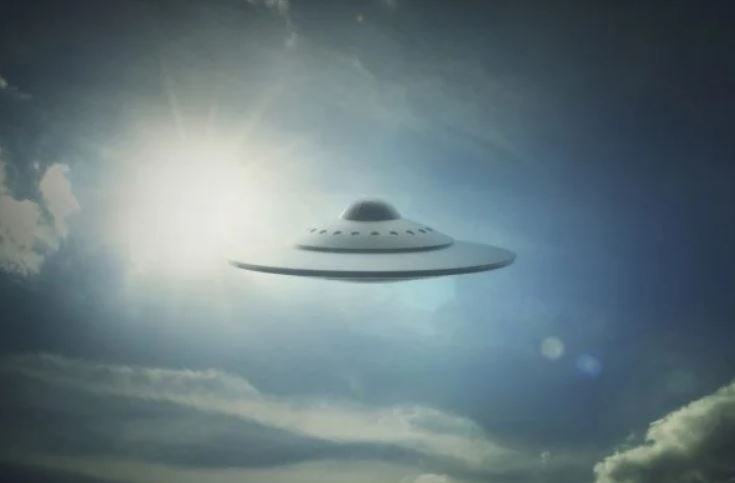 “Subsequently the object seemed to be opening the range,” the official report reads, “and Smith attempted to close the range. The UFO was observed to open out somewhat, then to turn to the left and come up on Smith’s quarter. Smith considered this to be a highly threatening gesture and turned out all lights in the aircraft. Four minutes later the object disappeared from view in a southeasterly direction.”

At 0435 hours on the following day, Lieutenants Barco and Causer of Patrol Squadron One were conducting the Kodiak Security Patrol when they, too, sighted an unidentified aerial vehicle. At the time of their encounter the aircraft in which the officers were flying was approximately 62 miles south of Kodiak. For ten minutes, Barco and Causer, along with the pilot, Captain Paulson, watched stunned as the mysterious object twisted and turned in the Alaskan sky. An assessment of these reports read thus:

“1. To Lt. Smith and crew it appeared as two orange lights rotating about a common center, “like two jet aircraft making slow rolls in tight formation.” It had a wide speed range.

2. To Morgan and Carver, it appeared as a reddish orange ball of fire about one foot in diameter, traveling at a high rate of speed.

3. To Causer, Barco and Paulson, it appeared to be a pulsating orange yellow projectile shaped flame, with regular periods of pulsation on 3 to 5 seconds. Later, as the object increased the range, the pulsations appeared to increase to on 7 or 8 seconds and off 7 to 8 seconds.”

The final comment on the encounters reads: “In view of the fact that no weather balloons were known to have been released within a reasonable time before the sightings, it appears that the object or objects were not balloons. If not balloons the objects must be regarded as phenomena (possibly meteorites), the exact nature of which could not be determined by this office.”

The “meteorite” theory for this series of encounters is particularly puzzling. It goes without saying that meteorites do not stay in sight for “an estimated 30 seconds,” meteorites do not close in on military aircraft in what is deemed to be a “highly threatening gesture,” and they do not appear as “two orange lights rotating about a common center.”

In other words, it seems safe to conclude that genuinely anomalous phenomena were indeed witnessed by experienced military personnel at Kodiak, Alaska in January 1950.

Does any of this prove that there really is an alien base deep within Alaska’s Mount Hayes, as Pat Price suggested? No, of course not. But, in view of all the above, perhaps it’s time someone took a closer look at Price’s claims. You know: just in case…