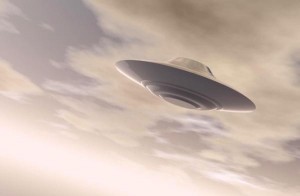 It has become a bit of a cottage industry to rail against the current state of UFOlogy. The phenomenon seems beset with talking heads, poseurs and outright charlatans. So much so, it occasionally brings even the best of us to the brink of despair. But just when I thought there were no good men left to fight for answers to the UFO conundrum, I met up with Ted Phillips.

Ted Phillips is part of a rare breed. He is a UFO investigator – not a writer, not a theorist – a hard-core, old-school investigator. For the past forty-five years, he has traversed the United States, doing the arduous work of turning UFO testimony into hard, quantifiable evidence. He’s sifted through dirt, climbed trees, measured, photographed and measured again. The fruits of his efforts, some almost totally unknown to modern audiences, are nothing short of startling.

Phillips grew up in the great American Midwest, his radio tuned to the likes of Frank Edwards and Long John Nebel. A fascination grew within the man that, in 1964, finally prompted him to take action.

He packed up his Chevy and headed southwest for his very first UFO investigation – a trip that put him smack in the middle of the Lonnie Zamora sighting in Socorro, New Mexico. The then 22-year-old Phillips was one of the first serious researchers to talk with Zamora and the numerous other people who witnessed the now classic egg-shaped UFO. Phillips retains what must be considered the definitive collection of analysis and evidence from that case – one he still considers among the most compelling of all time.

While in Socorro, Phillips crossed paths with an astronomer from Northwestern University who was investigating UFOs for the U.S. Air Force. That man, of course, was Dr. J. Allen Hynek. This meeting proved to be the start of a professional relationship and close friendship that would last until Hynek’s death in 1986.

In the years that followed, Phillips honed his skills as a painstaking investigator. “My approach is the same one you now see on television shows like CSI,” he told Department 47. “You must always handle a UFO scene with care, as though it were a crime scene.”

He would need all of those skills in 1966 when he examined a harrowing close encounter at Roaring River State Park in Missouri. Three hunters observed a daylight object in the park and, upon returning to their camp site, found all of their camping equipment incinerated. Whatever caused the fire was hot enough to melt aluminum tent poles but selective enough not to ignite the dry trees overhead. As the hunters surveyed the damage, they heard a humming noise. To their amazement, a bizarre disk-shaped object came into view a mere 300 feet away. As the men watched, a tree near the object burst into flame. The UFO finally made a quick exit but not before one of the hunters snapped two photographs.

Phillips called in his friend Dr. Hynek to help interview the witnesses and analyze the Roaring River evidence. Despite their combined efforts, no prosaic explanation for the event has ever been determined.

“Afterwards, Dr. Hynek admitted to me that the UFO phenomenon was bigger than he thought and that people were needed who were willing to specialize,” Phillips explained. “It was he who encouraged me to focus on physical trace cases.”

Phillips took that advice to heart and, over the years, he’s been directly or indirectly involved with over 3000 UFO incidents that produced physical trace evidence. He has personally investigated hundreds of these, including the famous 1971 Delphos, Kansas incident and a 1979 case in which a UFO collided with a Minnesota sheriff’s patrol car.

All that careful analysis and attention to detail has paid dividends. Patterns and connections emerged in the evidence Phillips collected. For example, he learned from repeated compression tests on various landing marks that these alleged vehicles weighed from seven to fourteen tons. Similar tests of footprints found at UFO sites indicated that the entities who made them weighed about sixty pounds. All of this pointed to physical creatures with nuts-n-bolts technology – a hypothesis that, even in 2008, still strikes Phillips as the most logical answer.

The 1970s proved to be a hectic decade with so many cases that the tireless Phillips barely kept up. However, his investigations came to an abrupt halt with Dr. Hynek’s death in 1986. “It just wasn’t any fun without my friend,” he recalled.

Phillip’s self-imposed retirement continued until 1998 when he had a conversation with another icon of UFOlogy, Jacques Vallee. Vallee had known Phillips for years since he had included him as a member of the Invisible College, a blue-ribbon panel of UFO researchers. Vallee expressed concerns about the direction of UFOlogy and ultimately convinced Phillips to resume his important work.

So, that year, Ted Phillips founded The Center for Physical Trace Research (www.ufophysical.com). To his profound surprise, however, he discovered that, during his years of retirement, the phenomenon had undergone a radical change.

Phillips also noticed that these miniature UFOs tended to appear repeatedly in a given area. This was a new facet of the phenomenon – one that may yet yield long-awaited answers. He knew only so much can be done with isolated, one-time UFO encounters. However, if an area of recurring activity could be identified, scientific methods and instruments might be brought to bear to measure and analyze the objects as never before.

To respond to this new opportunity, Phillips formed a Special Investigations Unit (SIU) within the CPTR. This small group of dedicated researchers functions like the Navy SEALS in that they are inserted into UFO hotspots armed with electronic and imaging equipment. In recent months, the SIU has been actively involved with an on-going investigation of a place that goes by the pseudonym of Marley Woods. Marley Woods has been visited on numerous occasions over the years by small, inexplicable lights. The lights vary in size, color, behavior and performance characteristics. More often than not, however, they appear to be the size of a beach ball. The objects have been seen by multiple, independent witnesses at close range. They have exhibited electromagnetic effects well known to most students of the phenomenon, including interfering with car ignitions, video cameras and even cell phones.

On several occasions in 2007, the SIU spent time in the Marley Woods. They are hoping to conduct additional research at the site later this year. Members of the SIU team include: Tom Ferrario, Adam Johnson, Debbie Ziegelmeyer and Chuck Zukowski. Ferrario and Ziegelmeyer are both certified divers, a skill that will be put to the test during the team’s next visit. Phillips explains that anomalous objects have, on more than one occasion, been seen to enter large farm ponds in the vicinity. The SIU divers will search those ponds to see if traces of the objects’ activity can be found.

Phillips admits he’s particularly intrigued by this component of the case. He cites a recent Michigan encounter where a small UFO purportedly bounced off the top of a woman’s car. That object left a strange, yellow residue, which the witness had the foresight to preserve. The substance was then subjected to chemical and bacteriological analysis indicating that, strangely enough, this object may also have spent time in a farm pond.

Funding for such projects is always scarce but the group is working to bankroll the purchase of new, more sophisticated imaging equipment. They also look to add an electromagnetic field generator to their arsenal – one that just might attract one of the Marley Woods’ objects. Phillips is somewhat philosophical about the funding challenges faced by his organization. “After all, Dr. Hynek only managed one, $4000 grant during his entire career,” he mused.

To that end, the Center is accepting monetary donations on its website. Just this month, the group began marketing a DVD of its first investigation at Marley Woods, the proceeds of which will go toward future expeditions.

You’d think that, after forty-five years, Ted Phillips might want to slow down a bit. However, one conversation with this man reveals an energy and enthusiasm equal to that of his much younger colleagues. The veteran investigator says he’s holding leads on three new sites, much like Marley Woods, that are just begging to be investigated. Somehow, I can’t help but think Ted Phillips is still the man to get the job done.