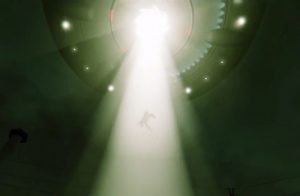 Sims, who spent 38 years investigating the phenomenon of alien abduction, says to have had his first encounter with the unknown when an alien creature appeared in his bedroom and attempted to manipulate his thoughts when he was just four years old.

He defined how the alien had attempted to change his perception in order to make him believe it was just a clown.

Sims remains confident nowadays that these supposed extraterrestrial visitors are anything but benign. They are, in his perspective, manipulative beings that victimize people in different ways. For this reason, he argues, it would be a mistake to try to contact ET.

“It’s an uninformed position for [SETI etc.] to get in contact with whoever’s out there,” he said. “Some people have done that and died as a result. Some people have been injured.”

The event he supposedly refers to happened in 1994 when a crew of film and television production attempting to contact aliens mysteriously vanished by bright lights at a known UFO hotspot.

However, it is uncertain who these people were or whether the story has any merit.

In the video below you can see a complete interview with Sims.

Dinosaur in the backyard: A creature that looks like a Velociraptor caught on CCTV