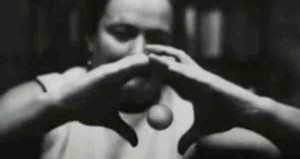 Psychokinesis, or the ability to manipulate objects with the mind, is a notoriously difficult to prove ability. Most famously Uri Geller achieved fame in the 1970’s with his seemingly amazing ability to bend spoons with nothing other than the power of his mind.

More obscurely, and more defiant against attempts to debunk, is the case of Nina Kulagina. A female soldier in the Soviet Red Army, Kulagina found that whenever she became angry poltergeist activity would manifest in the room around her.

After some time, she began to sense that the force that was responsible for the moving objects came from within her, rather than from a spirit. With practice, she learned how to focus her power and move objects at will. Soviet Scientist Edward Naumov was among the first to test her claims by spreading a box of matches on a table. Straining to the point of shivering, Nina spread her hands over the matches and within seconds the matches moved to the corner of the table in a cluster, and fell to the floor one by one. 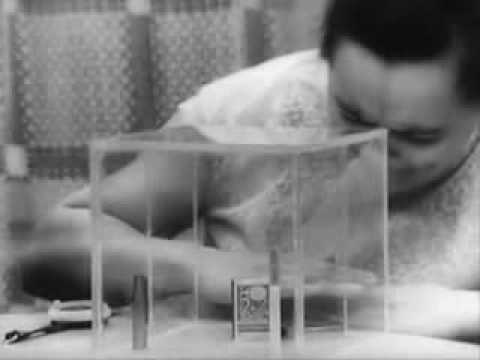 Nina was then tested by Dr. Genady Sergeyev, who made more than 60 films of Nina exhibiting her psychokinetic abilities. These films range from Nina manipulating a broken egg in a tank of water, seperating the yolk and the white and moving each to opposite sides of the tank. Nina was standing several feet from the tank at the time. In another experiment, a beating frog’s heart suspended in a solution was sped up and then stopped by Nina, demonstrating that her abilities extended beyond moving inanimate objects to the manipulation of living cells.

Sergeyev measured an apparently quite strong electrostatic field surrounding Kulagina, and during the egg experiment, that field was found to have a four cycle per second pulse when the yolk and white were in movement. Further, Kulagina was found to be under severe physical and emotional stress during the movement. Sergeyev concluded that she had the ability to magnetize objects, even objects that were non-magnetic, and draw them toward herself, or alternately repel them away.

Using her powers took a serious toll on Kulagina. She reported that she knew when the power would come by a sharp pain in her spine and blurred vision. In the late 1970’s Kulagina suffered a near-fatal heart attack that may have been linked to her psychokinetic abilities. Medical examinations showed that she suffered from an irregular hearbeat, problems with her endocrine system and some symptoms of diabetes. She suffered pains in her extremities and had coordination problems and dizzyness, all linked by soviet researchers to the use of her psychokinetic abilities. She curtailed her psychic activies after the late 70’s and died in 1990.

Criticism from skeptics of Kulagina seems to rest on shaky ground. They claim that the soviet scientist’s experiments were far from being done in a controlled environment, and that sleight of hand could account for her abilities. How sleight of hand could be responsible for the seperation of egg yolks and whites in a tank of water several feet away from the manipulator doesn’t seem to have been adequately addressed. Further, skeptics have claimed that the Soviet’s had a motive to fake the whole thing to compete with US Government studies on psychic phenomena. Strangely, this is a conspiracy theory spun by the skeptics, which is obviously problematic in itself.

Whether or not the Soviet Union faked Kulagina, or if she really did have profound psychokinetic abilities remains a mystery.