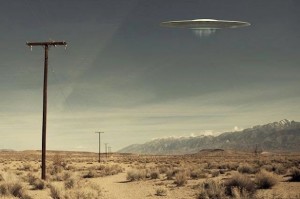 Retired Air Force veteran Milton Sprouse clearly remembers the summer day in 1947 when he returned to Roswell Army Air Field aboard the B-29 bomber Dave’s Dream from a three-day maneuver in Florida. Sprouse, then a corporal and engine mechanic in the Army Air Forces, could not believe what his ground crew was telling him: A UFO had crashed in the New Mexico desert, on a ranch 70 miles away.

The story made the front page of the Roswell Daily Record: “RAAF Captures Flying Saucer,” read the headline.

According to the July 8 story, “the intelligence office of the 509th Bombardment group at Roswell Army Air Field announced … that the field has come into possession of a flying saucer.”

The craft supposedly had been recovered after the ranch owner notified the sheriff’s department, who sent Maj. Jesse Marcel and a team to investigate.

“Marcel and a detail from his department went to the ranch and recovered the disk,” the story stated. “After the intelligence officer here had inspected the instrument it was flown to higher headquarters.”

The next day, the paper retracted the story, claiming that the recovered object was a weather balloon – an account the government stuck with until 1995. It was then announced that the weather balloon story had been fabricated to cover up Project Mogul, a top-secret project involving two-dozen high-altitude neoprene balloons designed to detect Russian nuclear explosions.

According to Sprouse, five of his crew were called to the site to collect the remaining debris and load it onto a flatbed truck. Sprouse was ordered to stay with Dave’s Dream in case the military should suddenly need the craft.

“I had reservations of what all they were telling me, because each one of them told something different,” he said. “I thought, ‘I don’t know.’ … Later on, when it all started coming out in piecemeal, you could put it together and tell what they said was true.”

During his first interview, videotaped at the International UFO Museum and Research Center in Roswell, Sprouse was reluctant to talk about the incident, Carey said.

“He was a career Air Force guy, and they’re the least likely to speak because of their pensions,” Carey said. “When I interviewed him over the phone in 2001, I got a little more information, and then I interviewed him again last year and got even more. It was an evolution of coming forward.”

Today, as Sprouse recounts the incident, he leans forward in earnest, a conspiratorial gleam in his eyes. About 500 soldiers sent to the crash site were lined shoulder to shoulder and ordered to scour the property for debris, he said.

“They lined them up and then said, ‘We want you to go through this ranch the way you’re facing until we tell you to stop, and we want you to pick up everything unnatural,'” Sprouse said.

“When my crew got back (from the crash site), we talked for weeks,” he said. “They told me everything and I believe them. … They told me, ‘Milt, it’s true.'”

Among the material discovered was a malleable, foil-like material that could be laid flat with no creases after being squashed into a ball. Whether fact or lore, one of the most intriguing pieces of the puzzle are reports of five diminutive green bodies allegedly recovered with the UFO. Sprouse believes it.

A staff sergeant in his barracks was called to the hospital shortly after the crash, he said.

“He and two doctors and two nurses were in the emergency room, and they brought in one of those five humanoid bodies that they had recovered,” he said. “They said, ‘We want this dissected and we want a complete history of how it functions and the parts and everything.'”

The next day, the man from his barracks was transferred from the base, Sprouse said.

“We never heard from him again,” he said. “We asked and (they said), ‘Oh, we don’t know nothing about it.’ … I heard later that both nurses and both doctors were shipped different directions and nobody ever knew where they went.”

Sprouse recalled an interesting conversation with the owner of a funeral home in Roswell several years later.

“We had some friend of ours that died, and he said, ‘Hey Milt, I want to talk to you,'” he said. “He says, ‘You know the base come to me and wanted five children’s caskets.’ That was two or three days after the crash. I said, ‘No kidding.’ He says, ‘I only had one, and I told them that.’ They said, ‘One won’t do us very good,’ and they went somewhere else and got them.”

The day the UFO story ran, the debris was allegedly loaded onto two B-29 bombers, one of them Dave’s Dream, and sent to a base in Fort Worth, Texas. Sprouse and Carey believe the material was then shipped to Wright-Patterson Air Force Base in Dayton, Ohio, where they say it remains today.

“We believe some of the stuff was loaned around, but the main repository was the foreign technology division at Wright-Patterson,” said Carey, who holds a master’s degree in anthropology and served briefly in the Air Force. “We’ve heard stories over the years of people who say that they’re still trying to figure out what that stuff is.”

Various rumors suggest that pieces of the ship and the bodies were stored in a mysterious Hangar 18 at Wright-Patterson.

Derek Kaufman, who works in Wright-Patterson’s public affairs office, was tentative when broaching the subject of Roswell and Hangar 18. He said the base tracks all such phone inquiries.

“We might get a couple of queries a month related to strange phenomena. … Someone who believes that they’ve seen something very unusual – low-flying, strange aircraft or something along those lines,” Kaufman said. “Folks who are UFO enthusiasts are typically the people that inquire about Hangar 18 or about Roswell, but a lot of them don’t seem to be credible queries. They seem to be folks bordering on the fanatic. … I’m hard-pressed to describe where Hangar 18 even is located.”

Asked if there was any material from Roswell transferred to the base in 1947, Kaufman said, “I’ll just defer to what reports have been exhaustively investigated and are now available to the general public.”

Wright-Patterson’s Web site includes a section titled “UFOs and other strange phenomena” that includes links to the Air Force Freedom of Information Act Web site and a 993-page document titled “The Roswell Report: Fact Versus Fiction in the New Mexico Desert.” In the report, the government meticulously makes its case debunking the Roswell Incident.

According to the report, the bodies recovered at the site were not alien beings, but crash-test dummies used to test high-altitude parachutes.

UFO enthusiasts say they couldn’t have been dummies because the parachute tests weren’t conducted until nearly a decade later.

“That’s a non-starter because that project didn’t get under way until the mid-’50s,” Carey said. “These mannequins were a good 6 feet tall, they looked human and they were in regular flight suits. There’s no way you confuse those for little aliens with big heads.”

Asked if there are any remnants of the mysterious event stored at Roswell, Rob Young, a historian with the National Air and Space Intelligence Center at Wright-Patterson, answered, “I would not know. I’ve never seen anything like that. … To my knowledge there is not.”

Sprouse believes the Roswell Incident is a far-reaching cover-up that leads as far as the White House.

Sprouse’s wife, Peggy, a retired Air Force lieutenant colonel, is skeptical about the UFO story. She’s been to Roswell with her husband and said once was enough.

“Been there, done that,” she said. “I never did believe it and still don’t believe it.”

Sprouse seems to be enjoying his part in keeping the story alive.

Has the government ever asked him not to speak about Roswell?

“No, but I worry about it,” he said. “I’m getting all these telephone calls on that report, and I often wonder if it’s somebody looking into this.”