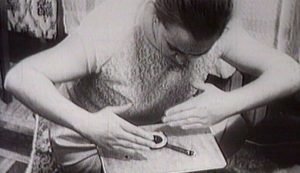 Nina Kulagina may not be a familiar name to many but during the 1960s it was name heard often in the U.S. Defense and Intelligence community. Her alleged psychokinetic powers prompted the U.S. to not only to engage the U.S.S.R in a Nuclear “Cold War” But also a “Psychic Cold War.” A War that many contend continues to this day.

Leaked documents indicate the U.S. has dabbled in psychic programs ranging from remote psychic spying (Remote Viewing) to teleportation. But how did a simple Russian housewife set all this in motion?

Nina Kulagina was born July 30, 1926 in Leningrad. When she was only 14 years old she joined the Red Army during World War II and during the siege of Leningrad she served as a radio operator in a tank.

At some point in the battle Nina was severely injured by artillery fire and recovered. After the war she married and became the mother of one son. There are some that speculate that it was these traumatic events that triggered Nina’s psychic abilities. Nina herself always claimed that she inherited the powers from her mother.

Nina Kulagina first came to the attention of Russian scientist while recovering from a nervous breakdown in a hospital, possibility post traumatic war syndrome. During this time Nina spent a lot of time sewing. Attending doctors noticed that she was able to reach into her sewing basket and choose a color of thread without looking at it. 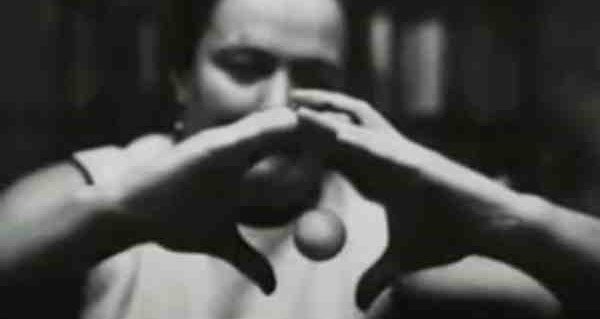 After her recovery she agreed to take part in various experiments conducted by local parapsychologist. The reported results of the tests were astounding. The test indicated she could ‘see’ colors with her fingertips and she could wounds heal up simply by holding her hand above them.

But when she was tested for psychokinesis the results were apparently so remarkable that for many years she was was required to hide her true identity and use the pseudonym “Nelya Mikhailova.”

Her story emerged from behind the old “Iron Curtain” in the form of black and white films showing her moving objects on a table without touching them. While many were skeptical the Soviets maintained that the images were made under controlled conditions and that her psychokinetic abilities were authentic.

Among Kulagina’s most publicized experiments, and most troubling to the U.S. Defense and Intelligence community, was the day she appeared to use her mind to change the heartbeat of a frog suspended in a solution.

This event occurred in a Leningrad laboratory on March 10, 1970, as a number of scientists were present to make observations. It was said that she focused on the heart and used her energy to make the heart beat faster, then slower. With extreme mental effort, she stopped the heartbeat altogether.

In another demonstration Plasma Physicist V. F. Shvetz said he observed Kulagina psychic abilities to cause the letters A and O to appear on photographic paper. He also reported she was capable of partially transferring an image photographic paper.

Over the years other scientists from around the world came to Russia to observe and document Kulagina’s psychic abilities. As years passed the publicity and the gathering by scientists to study her abilities took their toll.

Kulagina said that to manifest the effect, especially to conduct telekinesis, she had to use so much mental concentration she was left with a sharp pain in her spine, blurring of her eyesight, and extreme exhaustion. At times while demonstrating her abilities unexplained burn marks sometimes appeared on her hands, and that once her clothes caught fire.

The Doctors who studied her said she sometimes would emerge from the “experiments” having lost several pounds, have an irregular heart beat, and her energy so drained she could hardly move her body. They said it was as if she was converting the matter of her own body into the energy needed to mentally move objects.

Eventually she developed high blood sugar, her endocrine system was disturbed, she lost the sensation of taste, couldn’t coordinate her movements, became dizzy and complained of pains in her arms and legs.

After she suffered a near fatal heart attack in the late 1970s, doctors recommended that Kulagina reduce her psychic activity. She continued laboratory experiments, at a reduced intensity and frequency, until her death in 1990 at the age of only 64.

At her funeral the Soviets praised Kulagina as a “hero of Leningrad” because of her war record. Others lauded her for the sacrifices she made in allowing scientists and doctors to examine and test her psychic abilities in their quest for an “unknown and elusive energy.” Her willingness to participate in these experiments ruined her health and obviously hastened her death