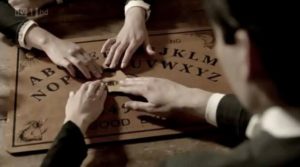 Ouija boards have been a stable of spiritualism for decades, but can you really use them to speak to the dead ?

Despite being around for more than 100 years, Ouija boards (a wooden board covered with the letters of the alphabet, the numbers 0-9 and the words “yes”, “no” and “goodbye”) continue to be a popular activity – especially around Halloween.

To work, all participants must place their hands on the wooden pointer (or planchette) and ask any present “spirits” to answer their questions by moving the planchette around the board to spell out their response. 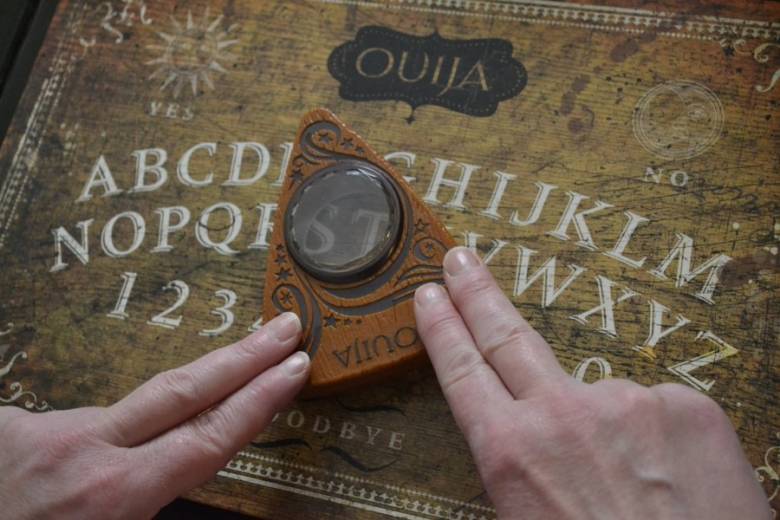 While some see it as a harmless parlour game, others swear by the board’s ability to communicate with those who have passed to the “other side”. But though science suggests that ghosts aren’t behind the board’s mysterious movements, the explanation for how they do work isn’t as straightforward as you might expect.

The history of the Ouija board is a long and varied one. It may first be partially traced back to the Fox Sisters, popular mediums in the 19th century who pioneered the spiritualism movement.

One of their most frequently used methods for communicating with so-called spirits involved saying the alphabet aloud and listening for a knock in response. This allowed them to spell out words and messages, supposedly from the dead.

But despite its early popularity, the Ouija board fell out of favour at the start of the 20th century. This was largely due to many famous mediums who used the device being publicly debunked.

Even the Society for Psychical Research moved away from spirit communication, towards other paranormal phenomena such as extra-sensory perception (the ability to send and receive information with your mind) and haunted houses.

However, interest in spiritualism and Ouija boards more generally was rapidly revived after the second world war – and continues to this day. 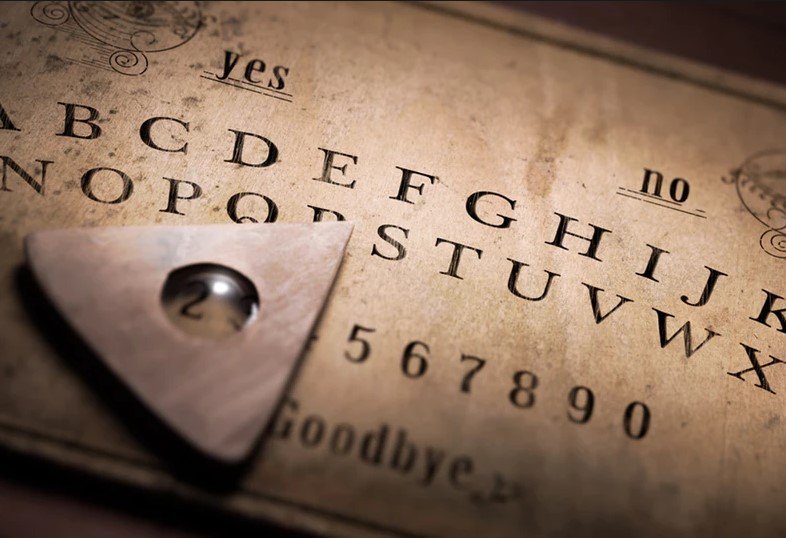 But do Ouija boards work? It depends on who you ask. For those who believe in the ability to communicate with spirits, the answer would be yes. But given there’s no conclusive evidence spirits exist, the answer from sceptics and scientists alike would be a firm no.

And yet we often hear stories from so-called “non-believers” who say that they have felt the planchette move over the board, spelling out words and telling them things no one else around the table could know. So, if it isn’t ghostly messages from the other side, what is it?

One possible answer is the ideomotor effect. The term ideomotor stems from ideo (an idea) and motor (muscular activity), suggesting our movements can be driven by our thoughts.

The ideomotor effect refers to movements people make that they’re unaware of – referred to as a subconscious movement. So when using a Ouija board for example, a person may subconsciously move the planchette, spelling out things only they could know.

Those around them may also contribute their own subconscious movement, which can also explain why the planchette appears to move independently.

This effect may explain a variety of other paranormal phenomena as well – including automatic writing and dowsing (a type of pseudoscience which uses a y-shaped twig or metal rods to find the location of buried objects, such as water or oil).

Another explanation, which is also linked to the ideomotor effect, is related to our sense of agency. Sense of agency refers to our subjective ability to control actions that will have an influence on external events. So for example, if you decide to lift a table up, it will cause it to move.

Experiments with Ouija boards have demonstrated that our sense of agency can be manipulated, leading us to think that an invisible third party is moving the planchette.

This is thought to be due to issues our brain faces around predicting the consequences of outcomes. When our predictions match the outcome (for example, you lift the table and the table moves), we feel that we are responsible for the action.

But if we feel the actual outcome doesn’t match up with how we expected things to turn out, then our sense of agency decreases – and it’s possible that, in the context of a seance, we may instead attribute this movement as coming from an external source.

A third factor to consider is emotional contagion. We know that shocking, highly emotional events can lead to witnesses nearby “catching” those emotions. This was thought to be a prevalent factor in the witch trials of Salem and Europe.

So when using a Ouija board with other people, the excitement of the highly charged environment may make it easier for us to start to empathise with those around us. This may see us pick up on their fear and anxiety, making it more likely for us to think the planchette is moving on its own.

It’s possible then to see that a combination of factors – the ideomotor effect, a manipulated sense of agency and emotional contagion – can all combine to convince people that the planchette is moving and spirits are speaking to them.

But given how difficult it is to replicate the social setting in which most people use Ouija boards in a lab, we can’t say with complete certainty that these factors alone explain what actually happens when we place our fingers on the planchette and call to the spirits to share their knowledge.

As some experts note, the public’s desire to communicate with the dead tends to become more popular following times of social and political upheaval.

Given the present social, economic, and political climate – including the COVID-19 pandemic, the ongoing war in Ukraine and the cost-of-living crisis – it’s entirely possible that we will see a return to the seance rooms of the Victorian era. Or at the very least, on TikTok.