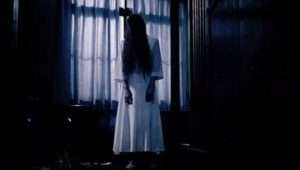 Ever since I’ve been very small, I’ve seen felt, heard, smelled and even tasted things. The first thing I remember was when I was about 5. I was sleeping in bed, and I woke up for some reason, and peering out from my covers I could see a cat. We had no pets at the time, and there was no possible way a cat could have gotten in.

I was a bit dazed, wondering why a kitty was in my room, and as I went to cry out to my dad, the black and slinky cat’s eyes flashed from a yellow to red. Scared to death, I ducked under the blankets and hummed for a bit until I went to sleep.

From then on, I had numerous nightmares about a black witch-like shadow on the property my house sits on… A few times I even saw the shadow and smelled a very fragrant smell that smelled like sulfer. Forever frightened, I was relieved when we moved.

From that time on, paranormal activity just happened to follow me everywhere I went. A few times, I have been able to tell my friends things that have happened in their houses to previous tenants… Things there’s no way in the world I could have known.

Once, I was staying at a friends house in 3rd grade or so and all through the night, I was very VERY uneasy… especially about being in her room. It was too depressing to be in there. I felt nauseous… so I slept out in the living room that night, and I heard children laughing and playing and talking amongst themselves… there were 3… all little girls.

Then about 2-ish in the morning, they materialized! I saw one little girl, in a fluffy dress, spotless with lace and ribbons. She had her hair in curly pig-tails and her arms as she sat on the floor next to her (I’m guessing sister) was a raggity stuffed bunny. The other 2 older girls were identical twins. They sat on the floor next to the other girl playing with dolls. They had their hair in braids and they were wearing almost identical outfits… one of the girls called the other “Ginny”… that’s all I could pick up… then they got up, and walked through the front door.

Scared, but amazed, I followed them… until they reached the woods, which was about 50 feet from the house… I heard them laughing a little-ways then they disappeared. The next morning I asked my friend and her mom at breakfast if 3 girls lived in the house, and 2 were twins, and if one of the twins was named “Ginny”… and her mom dropped her spoon, sending cereal flying.

There HAD been 3 girls living there a while ago… the one called Margaret died from measles in what is now my friends room. The other twins were killed because they were saddened by the loss of their sister, they shot themselves in the woods one day. AND (yeah there is more!) My friend went out in the woods that day (she had never been out as far as we went that day) but we were walking, and we found the family’s gravesite.

7 little graves, all with names, dates, and causes of death or messages. One said “Margaret Johnson, born 1834, died 1839 of measles” another said “Ginny + Martha Johnson, born 1829, died 1839, Rest in Peace. others were from pets and their Grandmother. Another time… I saw believe it or not the ghost of a devastating FIRE in another friends house that destroyed part of it in 1877.

Probably the most frightening thing was I saw in my cousins cellar, the ghost of body hanging from a noose. A woman. They never found who it was, or why they were hanging there…

But recently, in my newest residence, I have been getting bad vibes from my room. Before I’ll get really sick, it smells like rotting corpses in there.

Sadly enough, I don’t have any background info on who or what is haunting my room, but nothing else happens in any other part of the apartment. It is so frightening. One time, I got my friend to try to use an ouija board to try to contact whatever was in my room, and the only thing that happened was the room got so chilly I had to put on a sweater. I’m not going to try it again.

Door slams shut on me, the closet creaks in the middle of the night, my dog barks at air, there is NOTHING THERE, and twice on occasion, I have set my video camera up and left the room to record anything… and the first time, nothing did, but the second time, at you see this little ball of light go by the camera, and then a minute later, youcan hear a low cackling, and then the camera falls to the ground for no reason. No reason. I can sense it around me all the time. It’s watching me as I type this.

If anyone has similar experiences, with being followed by paranormal activity, please let me know.