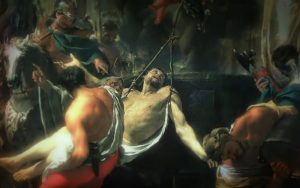 Paul said that the Household of God was built on the foundation of Apostles and Prophets, with Jesus Christ as the cornerstone. During his ministry, Jesus commissioned twelve special messengers, or Apostles, to assist in spreading the Gospel. All twelve were Judean Hebrews.

The word apostle comes from the Greek apostolos which means one who is sent away, an emissary. It thus means a messenger sent to convey the “good news of the Gospel of Jesus Christ.” See Matthew 10:1-7.

Twelve men were selected, which symbolized the twelve tribes of Israel as found in the Old Testament. Jesus set apart the Twelve Apostles, sending them out in pairs to preach the Gospel. Additionally, the Apostles were given the power to heal the sick, cast out demons, and raise the dead as part of their ministry.

Each of the Twelve Apostles gave up their livelihoods and all else to follow Jesus when called. Ten of these men were Galilean Jews who had Aramaic names. Peter and Andrew had Greek names. Other Apostles mentioned in the New Testament were Matthias, Barnabas, Adronicus, Junia, Silas, Timothy, and Apollos.

The Twelve Apostles are identified below, along with the traditional manner of their deaths.

1. Simon Peter: Also known as Simon bar Jonah, Simon bar Jochanan (Aramaic) and Cephas. Jesus called him Peter (meaning rock or foundation of the Church). He was a fisherman from Bethsaida of Galilee. About to be martyred in Rome in C.E. 64, he asked to be crucified upside-down as he felt unworthy to die in the same manner as Jesus.

2. Andrew: A former disciple of John the Baptist, he was the brother of Simon Peter and a fisherman in Bethsaida of Galilee. Crucified upon an X-shaped cross.

3. James, son of Zebedee: The brother of John. The first of the Apostles to be put to death, by Herod Agrippa I, 11 years after the death of Christ (C.E. 44).

4. John, son of Zebedee: The brother of James, both named by Jesus the sons of thunder. Death unknown. Members of The Church of Jesus Christ of Latter-day Saints believe that John still walks the earth and will see the Second Coming of Christ in the flesh.

6. Bartholomew; usually identified with Nathanael. Thought by some to have been skinned alive, then beheaded.

7. Matthew: The tax collector Matthew may have also been identified as Levi. He was killed by axe.

11. Simon the Zealot: or Simon the Cananite. Some have identified him with Simeon of Jerusalem. Believed by some to have been crucified in C.E. 74.

12. Judas Iscariot: The Apostle who betrayed Jesus. Also referred to as “Judas, the son of Simon.” He committed suicide.

Carol Ritberger’s Near Death Experience That Changed Her Life