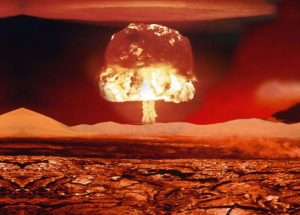 Mars was once Earth-like in climate, with an ocean and rivers, and for a long period became home to both plant and animal life, including a humanoid civilization.

Then, for unfathomable reasons, a massive thermo-nuclear explosion ravaged the centers of the Martian civilization and destroyed the biosphere of the planet.

This is what dr. John E. Brandenburg of the American Institute of Aeronautics and Astronautics said during the conference AIAA Space on September, 2016.

John E. Brandenburg Ph.D. is the Senior Propulsion Scientist at Orbital Technologies Corporation in Madison Wisconsin, and is well known writer and researcher into Mars and whether there is life there-or was in the past.

Aside from this outlandish theory, Dr John Brandenburg has led a rather more normal, and prestigious, career. He has a PhD in Theoretical Plasma Physics from the University of California at Davis. Currently he works as a plasma physicist at Orbital Technologies in Madison Wisconsin. He has worked on a variety of propulsion technologies and previously was an independent consultant on Space Missile Defense and Directed Energy Weapons.

“We have evidence of two large nuclear explosions on Mars,” said Brandenburg. “The sites are located north of Cydonia and Galaxias Chaos.”

He added that archeological artifacts could possibly be found in both places.

In 2014 it was first paid attention to the findings of the plasma physicist. His work was analyzed by the US Department of Defense. After half a year the Pentagon gave him permission to present his research at AIAA Space 2016 in California. 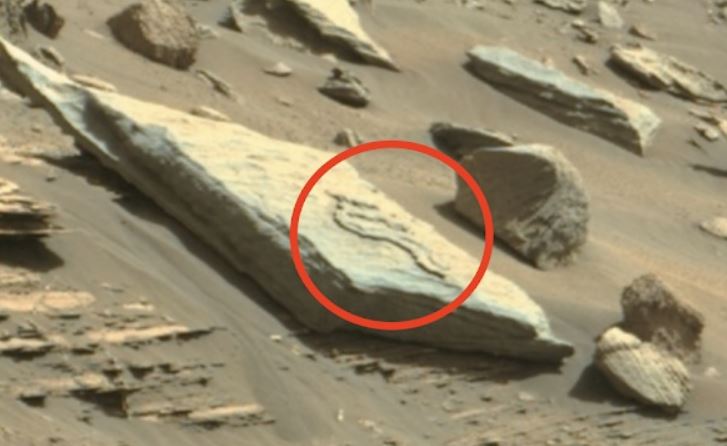 During the conference, he said that there have been two nuclear explosions in the Martian atmosphere and that it appears to involve deliberate attempts to kill all life on the red planet.

According to Brandenburg, “The high concentration of Xenon-129 atmosphere, the evidence from Krypton-80 and the detected pattern of excess abundance of Uranium and Thorium on Mars surface, relative to Mars meteorites, first seen by the Russians and now confirmed by the Mars Odyssey Spacecraft Gamma Ray Spectrometer, mean that the surface of Mars was apparently the site of massive radiological events, which created large amounts of signature isotopes and covered the surface with a thin layer of radioactive debris enriched in certain elements relative to its subsurface rocks.

“This pattern of phenomenon can be explained as due to two large anomalous nuclear explosions on Mars in the past.”

The Xenon Isotope mass from Mars is nearly identical to that found on Earth (as you can see from the above image). This is one of the main factors that has led researchers like Dr. Brandenburg to suggest, that Mars had a developed civilization in the distant past and that this civilization had a terrible and cruel ending.

He claimed the blasts were hard enough to cause a huge catastrophe and change the climate on Mars drastically.

Because there are no craters found, they need to have taken place in the atmosphere, according to Brandenburg.

Since his work has been carefully studied by the Pentagon dr. Brandenburg seems to have evidence available that nuclear weapons have been used on Mars. Isotopes indicate two huge shock waves in the northern regions on Mars caused by nuclear weapons.