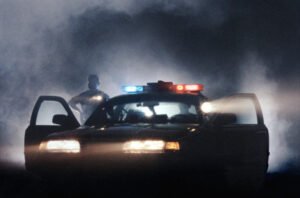 A police department in South Africa (South Africa) has encountered a recurring paranormal phenomenon, apparently a poltergeist, which made it “unbearable” for officers to be in the premises of one station.

According to local media reports, it all started at the end of December 2022 in a small area that is hosted in the Relela community. At night, inexplicable and strange phenomena began to occur inside and outside the site.

This past weekend, the activity of the otherworldly forces in the station became so strong that the frightened police officers who were on duty there on the night shift physically left the building and drove around the city in their patrol cars until dawn.

One of the frightened officers told the journalist that “what he saw last night was disgusting”, while another bluntly stated that “our police station was invaded by ghosts.”

The agitated policemen further explained that during the daytime the station is completely calm, but on cloudy or rainy nights they are “attacked by ghosts”.

These “otherworldly attacks,” they say, usually begin with unexplained gusts of wind that sweep through a building and shake nearby trees.

While this is happening, “screams of unusual wild animals” can be heard, and then the lights in the room begin to flicker randomly.

The cops report that these chilling “visits” culminate in the sound of “loud footsteps” which they likened to an elephant’s stomping sound coming from somewhere near the station, but they have never been able to locate the source of these “footsteps”.

It is reported that the police station building was built next to the old graves, which could disturb the spirits. Although why the spirits were disturbed only recently, it is not clear.

It is indicated that the police could not stay at the station at night for several days. How things are now there is unknown. As for the opinion of local residents, one of them, on the rights of anonymity, said that “it’s not a secret for anyone that at night ghosts run amok in this area.”