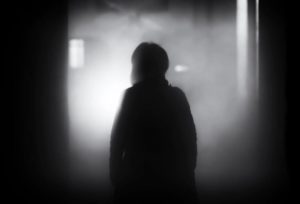 As you’re sitting on your flight, either excited about the holiday ahead or bracing yourself for hours of misery as a nervous flier, you really don’t want to be thinking about ghosts, reports getreading.co.uk.

Unfortunately, people who fly from Heathrow Airport may have to consider the possible appearance of a ghostly man killed in a horrific crash many years beforehand.

The story is told in David Long’s Bizarre London and dates back to 1948.

On a particularly foggy night in March of that year, an incoming Douglas D3 plane crashed at the airport – then going by the name of London Airport. It caught fire as it hit the ground and, tragically, 19 people were killed.

The Western Morning News ran a story the following day, which said: “Nineteen people burned to death when a Dakota nosedived, exploded, and burst into flames at London Airport last night.

“Three of the crew are among the dead.

“The plane, operated by the Sabena Company, had earlier, while flying from Brussels, warned the airport that it might have to make an emergency landing.

“Doctors, nurses, traffic girls, firetenders, and ambulances rushed to the scene with first aid and bandages, but could do little good in the raging heat.

“There was a thick fog when the aircraft crashed. The fires service sent six appliances to the scene.

“Three rescued passengers were taken to Hillingdon County Hospital, where it was stated that two were very badly injured. ”

The foggy conditions made things extremely difficult for the firefighters and only a small part of the wing and tail plane of the aircraft was left.

The interior was “reduced to a mere skeleton”.

Some people were rescued, but screams were heard from the passengers as the flames took hold. The plane landed just 300 yards from the homes in nearby Bath Road.

The ghostly tale comes from the mysterious appearance of a man who arrived at the scene asking if anyone had seen his briefcase.

Firefighters later reported seeing the same man’s body in the wreckage of the plane.

Since that day, the same man has been seen on the airports runways on a number of occasions.

In 1970, the airport’s radar office picked up a signal which looked like a person on the runway.

The airport’s emergency services were sent out, but no-one was there.

The ghost is said to wear a dark suit and a bowler hat.

Another ghost, this time that of none other than the famous Highwayman Dick Turpin has also been spotted at the main terminal.

Staff have also reported a man barking or howling, but when they turn around to see what’s causing the noise, nothing is there.

Others have reported a ghostly presence around them.

When will humans start flying to other star systems?