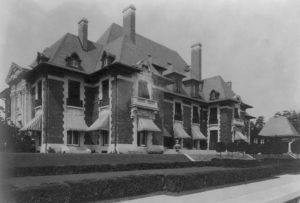 Many ghost stories and folklore have transpired around the magnificent Blairsden Mansion and its sprawling acres.

Some people will claim that this place is haunted, and even many people have stories of their own to tell. Yet many people out there will argue the fact that it is haunted.

In order to understand this mysterious place, one must first learn a little about the mansion’s history.

The Blairsden Mansion built-in 1898 on 425 acres, which included part of the Raritan River, is host to many ghosts. The original owner Clinton Blair was an investment banker, built the massive 62,000 square-foot Italian-style mansion. The construction of the mansion took about five years to complete.

The mansion is comprised of 38 rooms, 26 fireplaces, an indoor tennis court, and a pool to name a few. Blair also commissioned the construction of a dam which extends across the Raritan River, creating Ravine Lake — a site that’s also rumored to be home to a ghost.

Blair later constructed a private bridge to provide access to the mansion’s back door to allow deliveries.

Blair and his family lived at the home until Blair passed away in 1949. His heirs, unable to afford the massive home’s upkeep, sold the mansion, its furnishings, and the 425 acres surrounding the estate.

The mansion’s new owners were the Sisters of St. John the Baptist who purchased the mansion for $60,000.00. Some people say the sisters were into the occult, and others claim that the nuns used the mansion to house orphans.

Legend of the Sisters of St. John the Baptist

They say that the nuns ran an orphanage on the property. There were 25 nuns and 25 orphans living in the mansion. During the many years they lived there, the nuns rarely had any contact with the outside world. Local people say that the nuns were very quiet, generally avoiding the public and only allowing the occasional visitor inside the grounds.

According to the legend, there was a private bridge behind the mansion that provided access to the mansion’s back door to allow deliveries. A local grocery boy delivered groceries to the mansion every week.

When he arrived, the Mother Superior would be waiting at the back gate to meet him. One week she didn’t show up. The grocery boy figured that she forgot so he left and came back the next week. When she wasn’t there a second time he got concerned and called the police. 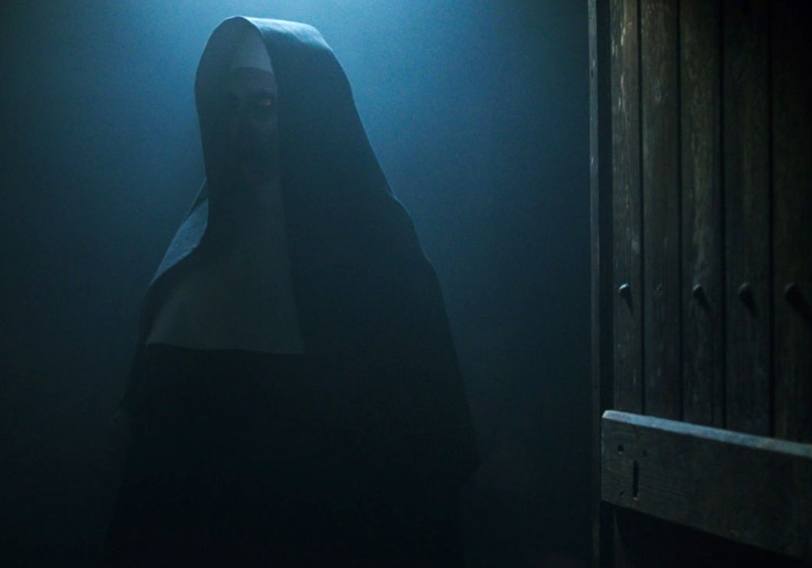 The police visited the property and what they had found inside was a horrible, bloody massacre. The torn up, dismembered bodies of the nuns lay strewn about the old mansion. Each and every nun was torn to pieces except for the Mother Superior. To this day, no one knows for sure who or what killed them.

A search of the grounds revealed something even more horrific. The police discovered the dead bodies of 25 orphaned boys and girls floating in the lake. They had all drowned.

According to the legend, the police were never able to solve the mystery, but after the horrible discovery of so many dead bodies, rumors began to circulate among the locals in the area.

There were some who said that the Mother Superior had renounced Christianity and become involved in practicing pagan rituals. She became obsessed with one thing in particular – child sacrifice. One day, she had taken all of the orphans down to the waterfall and pushed them over the edge, one by one. Never having learned how to swim, all 25 quickly drowned.

Afterwards, the Mother Superior returned to the mansion and told all of the other nuns what she had done. She said she wanted them to convert to her pagan religion. When they refused, she tortured and killed her fellow sisters, along with a group of guests who were visiting at the time. After she had finished, the crazed Mother Superior then killed herself.

Who are the Ghosts of Blairsden Mansion?

People have claimed to see one ghost in particular; it is of a man dressed in out-of-date clothing. Most often, people have seen him sitting in his rowboat, in the Ravine Lake.

The man in the boat is usually spotted by the long abandoned bridge, close to the end of the lake. A few people have reported hearing the sounds of hooves along the lakeside trail, but horses have never been seen anywhere nearby.

Some residents claim the ghosts are that of the nuns. Others have reported the ghost of a man on a path by the bridge. They say the ghost is that of a man the nuns had killed inside the mansion. He appears halfway at the path, and supposedly tries to warn people to turn back.