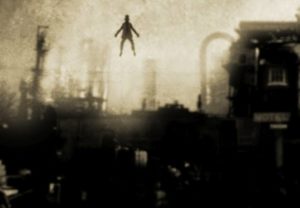 A strange creature, that pub worker and farmer’s daughter Polly Adams could only describe as “devil-like”, was the terror of London in the mid-1800s.

It all started in 1837 with the attack on Polly Adams, and then later in the year another woman was attacked in the Clapham churchyard. But the sightings and attacks of this figure that could leap over fences in a single bound truly began to start in 1838.

January, 1838: A resident of Peckham sent a letter to the Lord Mayor of London, Sir John Cowan, describing an attack by a creature he called “Spring-Heeled Jack”. Sir Cowan made the letter public, only to receive dozens of other letters by more witnesses of the creature.

February, 1838: Late at night there was a furious knocking at the door of the Alsop residence, where young Jane Alsop and her two sisters lived with their father.

Jane answered the door, and standing in the shadows was a man claiming to be a police officer. He asked her to bring a candle, saying that he had captured Spring-heeled Jack.

The stranger took the candle but then grabbed Jane and began to claw at her face. He ran off into the shadowy darkness when one of Jane’s sisters came outside and called for help.

Jane’s attacker allegedly wore a helmet and a white costume similar to oilskin and wore a black cloak over everything. His eyes were like raging fireballs, blue flames shot from his mouth, and his fingers ended in claws.

A similar attack happened to 18-year-old Lucy Squires a few months later. While walking with her sister through Green Dragon Alley (ironic name) in Limehouse, she was blinded with blazing blue flames by a tall cloaked figure.

A strange figure was seen atop the spire of a church and even on the Tower of London. Throughout the 1850s and 60s, this strange creature was seen all over England.

Its descriptions varied from a winged and horned creature, not unlike the Jersey Devil, to the “spaceman” that attacked the two girls in 1838. People stayed off the streets at night in fear of this creature.

Authorities began to send mobs out to capture this supposed devil. In the 1860s, one of the mobs cornered the creature, but it jumped over a hedge and escaped.

In the 1870s he attacked sentries “with his icy hands”. In 1877, people tried to shoot him, but just like in the cases of Mothman, the Jersey Devil, and other strange creatures, Springheeled Jack was not shot.

September 1904, was the last recorded sighting of Jack. He was seen jumping among the rooftops in Liverpool. He was cornered yet again but leaped away with ease.

What was this strange being? A century ago people believed him to be the Devil himself (especially since he was seen near and on top of churches) but nowadays many people believe Springheeled Jack to have been an extraterrestrial, judging by his “space traveler” attire and unusual abilities.

Whether it was alien, Satan, or a prankster, the legend of Springheeled Jack lives on as one of the most terrifying paranormal events in British history.