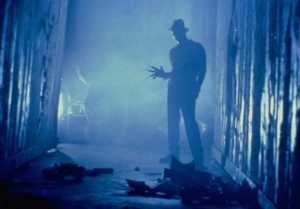 Many people have creepy experiences in the middle of the night. Some experience sleep paralysis, some nightmares, and some both. Still, everyone who suffers from frightening nightmares always wakes up alive and well afterwards – or do they?

Believe it or not, there have been reports of individuals actually dying in their sleep after claiming to have had nightmares beforehand. Wes Craven claims that such stories played a part in his inspiration for Nightmare on Elm Street. He claims to have got some ideas for the films when reading about a series of such deaths that were happening in Southeast Asia. There really are a few conditions that are believed to cause deaths to individuals when they are asleep or in a relaxed state, although the exact causes are unknown.

One sleeping condition that many people are familiar with is sleep apnea. This condition can increase the chances of someone dying in their sleep. This is due to a decrease in oxygen levels. The body responds to this by sending out tons of hormonal emergency signals. Usually, the sufferer will awake when this happens, with his or her body experiencing a “flight or fight” mode. This can be a very scary experience.

Men are especially at risk of death due to such conditions. Sometimes the death doesn’t occur during sleep, but by something that happens as a result of sleep deprivation. Many people, including 20 or 30 something’s, will die of a heart attack due to sleep apnea and its effects.

As scary as it sounds, it’s not the only sleeping disorder that can lead to death. There is also another, lesser known condition called the brugada syndrome. This is one that many individuals in Asia, particularly males, experience. It can cause a disruption of the heart’s rhythm, which results in seizures and difficulty breathing. If this occurs when an individual is asleep, then that person can die.

Some experts belief that this is also related to SIDS (sudden infant death syndrome), which is a cause of death in many newborns. Another related condition, “SUNDS”, sudden unexplained nocturnal death syndrome is characterized by cardiac arrest in young adults while they’re sleeping or relaxing.

If these can explain the physical causes of individuals who die in their sleep, where do the reported nightmares come from? Why do some allegedly claim to suffer from nightmares before finally taken by death? Could it be due to the anxiety their body was experiencing during the episodes? Perhaps the anxiety caused their subconscious mind to produce frightening images and nightmares.

It’s frightening to think that anything supernatural could be involved, since nobody wants to be trapped inside a “nightmare” forever. Nobody wants to imagine an actual Freddy Krueger type entity chasing them around for all eternity. But, scientific research is being done now on all of the above conditions, so hopefully we’ll have all the answers someday.