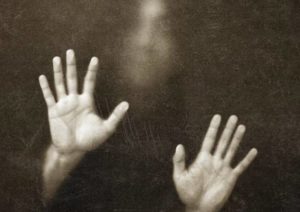 Gentics determine what traits will be passed down through a family line. Hair color, eye color, height and weight are all determined by the DNA and are transferred from parent to child. Certain medical conditions and allergies can also be hereditary. With so much of our own genetic make up coming from our parents, the question has been asked:

Can one’s sensitivity to paranormal events also be transferred through DNA?

Prism Paranormal Investigators, a paranormal investigation team, recently produced a survey asking why people think some are more sensitive to the paranormal than others. Their results showed 26% of the responses indicating that they believed paranormal sensitivity is passed down from the parent to the child. Shaman legends indicate that the abilities are passed down from generation to generation, usually through the male gene.

Likewise, the ancient witches and druids believed their children would also possess the powers they possessed. But are these just legends, or is there a possibility that genetics carry the gene for paranormal or otherworldly experiences?

Another question raised by these findings is, why does it appear that women experience more paranormal phenomena than males? It is not that men cannot experience the unknown, but it less common. Some people believe that women are generally more sensitive to feelings and emotions than men, and therefore are more apt to know when something is wrong.

Intuition and the “mother’s instincts” already exist very strongly in the female make up, so therefore, women have a heightened sensivity toward paranormal occurances. Others believe that males and females all have the ability to experience these occurances, but women tend to use the part of the brain where this ability lies more than men do.

And finally, the last question raised by skeptics is the issue of age. Why would these experiences all start at a certain age in a family when, if indeed the ability is passed down in DNA, they should have this ability all along?

The most common belief is that the sensitivity is at its peak during puberty, perhaps caused by hormonal changes. Or perhaps the sensitivity is something that develops over time, though it has been there since birth. No one knows for sure what the connection with age is, but it certainly appears to play a role somehow with hereditary phenomena.