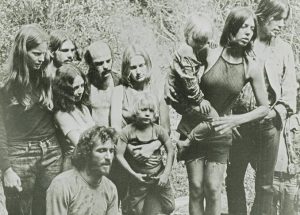 The perverse phenomenon of families that kill together is all-too-real in the United States. Perhaps it’s the potent combination of family pride and personal liberties our country affords, or maybe it’s just a numbers game.

According to the FBI, America contains 85% of the world’s serial killers. In fact, only two of the twelve most infamous serial killers ever were foreign-born. Statistically, the U.S. was bound to harbor outlier families that committed these heinous crimes together.

After the Civil War, the Bender family migrated to Labette County, Kansas by way of Germany, where they eventually owned and operated the Wayside Inn and a General Store. The clan consisted of John Bender, Kate “Ma” Bender, their son John Bender Jr. and daughter Kate Bender.

Not the most original set. They were members of a church group knows as “spiritualists” who believed that men could communicate with the dead (read: cult). Their family business, situated near the Great Osage trail, allowed for an ample supply of passersby that ultimately became the Bloody Benders’ victims. 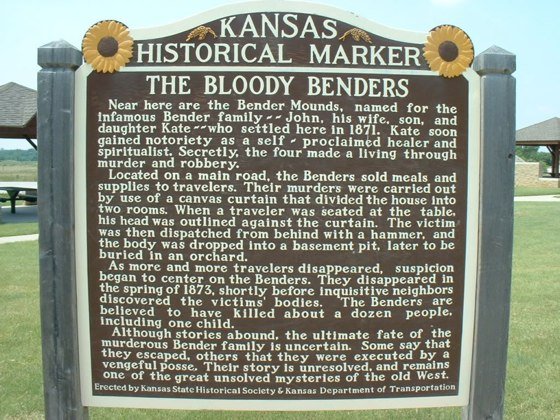 The family’s signature MO was usually a group exercise of serving their victims a blow to the head via hammer, then slitting their throats. The bodies were buried throughout the Bender property.

An investigation began that led to the Benders’ property after their livestock was discovered starved and their fields untended. Colonel Ed York, brother to one of the Benders’ more prominent victims, Dr. William H. York, finally exposed the family after finding his brother’s rudimentary grave.

Nine more bodies were found, including a little girl’s who was buried alive with her murdered father. The Benders were long gone by that point. Unfortunately, no one ever tracked them down.

Dubbed the “.22-Caliber Killers” because police routinely discovered shell casings from a .22-caliber gun at their murder scenes, Gary and Thaddeus Lewingdon ignited a wave of terror throughout Columbus, Ohio in the late 1970’s. The brothers savagely shot and killed ten defenseless, random people in a string of home invasions and street attacks.

What made the Lewingdons especially detestable was that their victims were predominantly lonely, elderly people just trying to get by, shot outside grocery stores, in their living rooms, and working in their garages. The Lewingdons’ usual MO was shooting the victims several times in their faces. 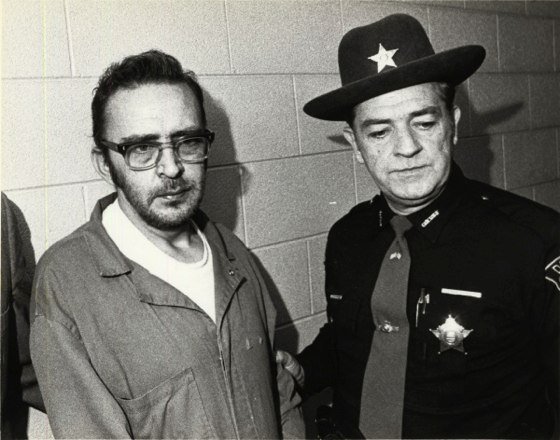 Just as police were beginning to string together the murders, the brothers went cold. Six months passed without a single .22-caliber gun being shot. Then, Gary showed up at a Columbus Woolco department store and attempted to use a victim’s credit card.

A ballsy assistant manager detained who he thought was merely a petty thief, until police arrived at the scene and confirmed Lewingdon’s identity. Both brothers were ultimately sentenced to multiple life sentences and died of natural causes in prison. They never divulged any details as to what motivated their killing spree before passing away.

In the fall of 1977, three prostitutes turned up dead and strangled in the northeast Los Angeles Hills. Jaded Angelinos didn’t pay much attention to the crimes, but detectives feared this was only the beginning of a serial killing spree. Those fears were substantiated over Thanksgiving weekend, when five more girls turned up dead, this time middle-class, as young as 12 and 14.

Over the course of a few months, more and more bodies of young, attractive women were popping up around the hills of Los Angeles, all with ligature marks on their wrists and ankles: the signature calling card of the “Hillside Strangler.”

Detectives and the community were growing more distraught with a leadless investigation. As a last resort, a prominent psychic was flown in from Berlin, and wrote the following broken phrases in German: “Two Italians… Brothers… Aged about thirty-five.” 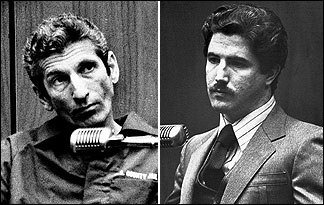 Pretty close. The investigation led to a mild-mannered security guard named Kenneth Bianchi and his deadbeat, womanizing, abusive cousin Angelo Buono. On the stand, Bianchi created a multiple personality disorder defense that almost fooled the jury until teams of expert psychiatrists were brought in to debunk him.

Losing any hope of going free, Bianchi outed cousin Angelo by intricately describing each horrific crime, including the hour and a half suffocation of Kristina Weckler by sealing a bag over her head with an oven pipe inserted into it.

This was truly a unique case in that Larry and Danny Ranes were brothers, both serial killers, but acted completely individually and at separate times. Larry confessed to killing five men in in the Great Lakes region in 1964, and was subsequently sentenced to life in prison.

His sentence was reversed, and while he was awaiting a retrial, Danny had raped and murdered four women in the same area. Larry and Danny were never comfortable with their real names, having gone by Ralph and Tommy, respectively. 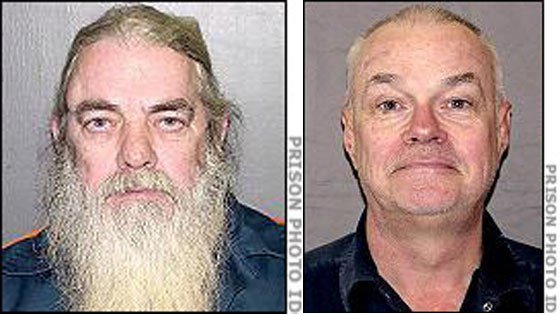 During Ralph / Larry’s retrial, he changed his name again to Luke Karamazov. Throughout the fiasco, a woman named Julie fell in love with Tommy / Danny, married him, then divorced him, only to marry Larry / Ralph / Luke!

Local poet and English professor Conrad Hilberry found the brothers’ saga so fascinating he interviewed them and Julie at length to write Luke Karamazov, a novel profiling two serial killers who were intimately related and yet worlds apart. It is the only book ever written on these two lesser-known killers.

Probably the most infamous serial killing family, though not even related by blood – not their own at least. The Mansons’ cult-like organization, spiritual motivations, and celebrity associations have transformed them into cult criminals.

The influential Charles Manson recruited “the family” during the 1967 Summer of Love, when he established himself as a guru with visions of an impending race war as encrypted in the Beatles song “Helter Skelter.”

By committing certain murders, he believed they would expedite this inevitable war. Manson and his family made their way to Los Angeles, where by chance they shacked up with The Beach Boys among other high-profile acquaintances. 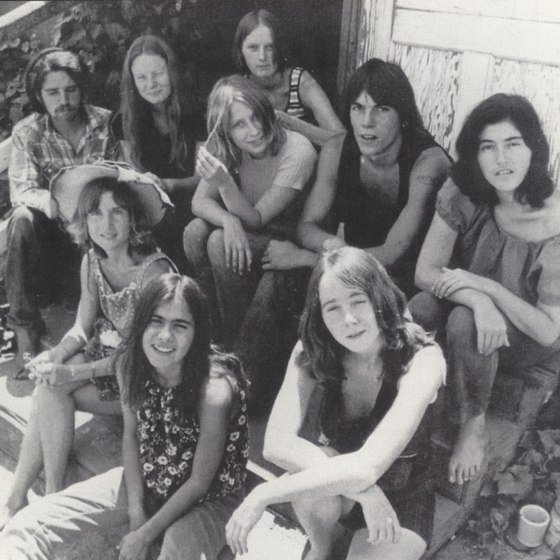 The Manson Family’s MO was shooting and stabbing their victims, then smearing their blood on the walls to write spooky messages such as “pig” or “war”. They were also inspired by The Book of Revelations, the prime motivation for the tragic and gruesome Tate / LaBianca murders of 1969, in which 8 ½ month pregnant actress Sharon Tate, wife to Roman Polanski, was stabbed to death 16 times.

Three others were murdered, including Abigail Folger, heir to the Folgers coffee fortune. The very next night, the Manson family murdered supermarket executive Leno LaBianca and his wife Rosemary by strangulating them with lamp cords, then stabbing them repeatedly.

Following the two high profile murder sprees, the Manson family fled Los Angeles into the desert, where police eventually caught up with them after five months in Death Valley.

At the start of his trial, Charles Manson was actually permitted to represent himself, but later showed up in court with an “X” carved into his forehead, along with an official statement that he had “X’d himself out of the establishment.” That mark would later expand into a swastika, cementing Manson’s persona.