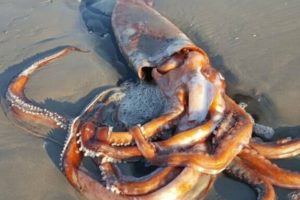 Visitors to Britannia Bay Beach in South Africa were amazed to see a huge squid washed on the beach. The real-life ‘Kraken’reached more than 20 ft in length and weighed about 500 pounds.

The squid looked so “fresh” that it was probably still alive.

“It was sad because I could see it was dying,” Davies told News24.

“It was still pumping out ink and I touched one of its tentacles which sucked onto my hand and I actually had to use some force to remove it.” 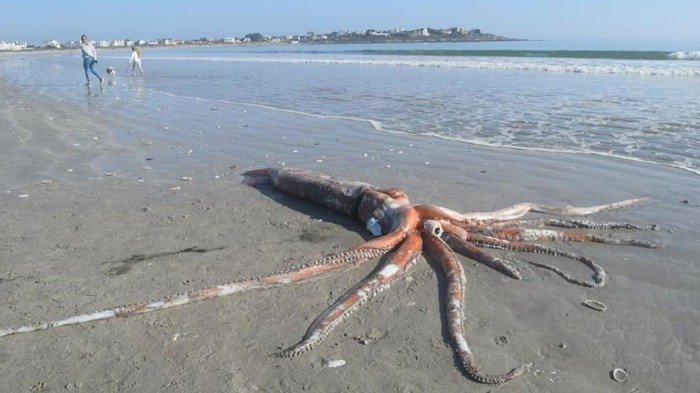 It is unusual to have such a close look at a giant squid since the creature lives deep down in the ocean where it is barely seen and where it is very difficult to observe it alive.

Such a creature washing on shore is considered a rare occurrence in that area of the world.